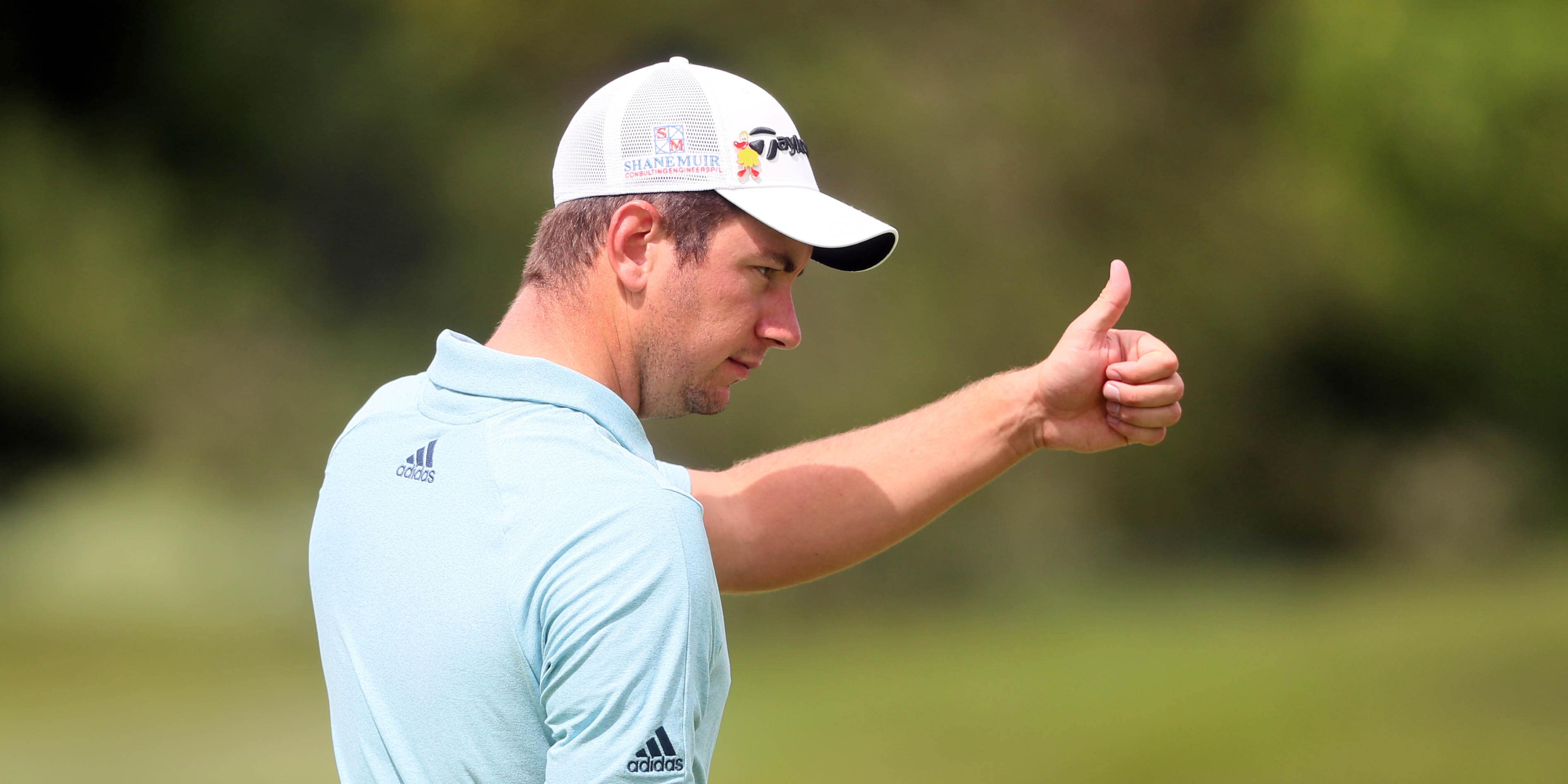 Australian Lucas Herbert will take a one-shot lead into the final round of the Dubai Duty Free Irish Open after a day that saw major champions Rory McIlroy and Shane Lowry fall by the wayside.

Herbert has been the star of the show in County Kilkenny, leading after every round so far, but it has been local hero Lowry and Northern Ireland’s McIlroy who have taken the crowds with them as fans returned to the fairways in the British Isles for the first time since the start of the Covid-19 pandemic.

But while Lowry and McIlroy both moved backwards in the cold and rainy early conditions on day three, Herbert carded a 70 to get to 15 under and lead the way from American Johannes Veerman.

South African Justin Harding carded the lowest round of the day with a 65 to get to 12 under, one clear of England’s Dale Whitnell, Swede Rikard Karlberg and Italian Francesco Laporta.

McIlroy and Lowry were 11 and 12 shots off the lead respectively.

Herbert arrived in Ireland off the back of two top-20 finishes on the US PGA Tour and is seeking a second European Tour title after winning the Dubai Desert Classic last year.

He led by three just after the turn but bogeys on the 11th and 14th left the door ajar for the rest and while the 25-year-old admitted that he had missed an opportunity to take a commanding advantage, he was confident heading into round four.

“It was a solid bad day I guess you’d say but in some ways frustrating,” he said. “I felt like I could have put some real distance between myself and the field and didn’t do that.

“I want to get to 20 under as a personal goal. So if I can do that, someone’s got to come catch me and if they do, good luck to them.

Herbert almost holed his approach to the second and added birdies on the par-five fifth, eighth and 10th before missed greens at the par-three 11th and 14th stalled his momentum.

That left the door open for Veerman, who put a stunning approach to six feet at the fifth for an eagle to go with five birdies and two bogeys in a 67.

The leading duo are on course to earn two of three spots at the upcoming Open Championship available to the top three players in the field not already exempt for Royal St George’s.

Having played in final qualifying, Whitnell cannot earn his way into the year’s final major, but he could earn his best European Tour finish after rounds of 67-67-71.

Englishman Andy Sullivan and Scot Grant Forrest both lost ground after rounds of 73 left them at 10 under alongside another Englishman in Andrew Johnston and a second Scot in Richie Ramsay.