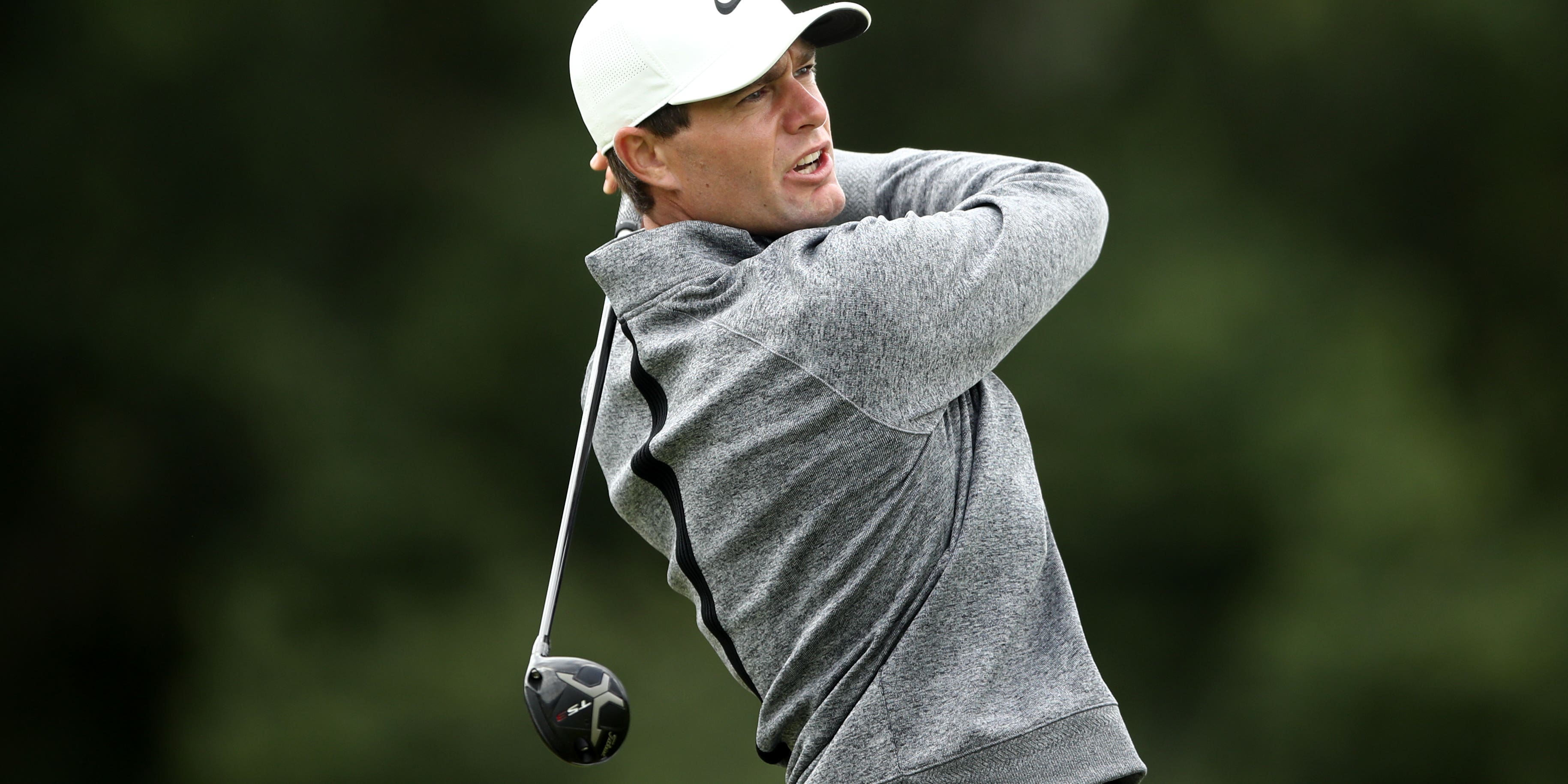 Denmark’s Lucas Bjerregaard produced a brilliant burst of scoring to claim the halfway lead in the Hero Open at Fairmont St Andrews.

Bjerregaard birdied six holes in a row on his back nine on his way to adding a superb course-record 62 to his opening 67 for a total of 15 under par, two shots clear of overnight leader Calum Hill.

Hill, who has not dropped a shot in 36 holes, added a 68 to his opening 63 to reach 13 under, with South Africa’s Justin Walters and Spain’s Santiago Tarrio a shot further back.

“My putter might be the most valuable thing in Scotland right now,” a delighted Bjerregaard said. “I’ve never putted like that and I’m not sure I’ve seen anyone putt like that. That was pretty special, I’m a happy man right now.

“When I made the turn I was four under and then hit a bad tee shot on one. Terrible second shot, not a good wedge shot in and holed that for par.

“Then I got to three, hit two good shots on the par five, just short of the green, hit a terrible chip shot and holed that and thought ‘this is going pretty good’. Then I had a terrible shot on eight and holed a 50-60 footer.”

Bjerregaard defeated Tiger Woods in the WGC Dell Technologies Match Play in 2019 and was ranked inside the world’s top 50 for much of that season, but began the week ranked 960th after a slump in form which saw him miss 15 cuts in 18 events last year.

The 29-year-old is not the lowest ranked player in contention however, with part-time Uber driver and world number 1,217 Berry Henson five shots off the lead on 10 under.

The 42-year-old American mainly competes on the Asian Tour but played just six events in 2020 due to the coronavirus pandemic and had missed the cut in six of his eight starts in 2021, including the last five in succession.

“I haven’t played much golf in the last two years,” Henson said after a 67 containing an eagle, five birdies and a double bogey. “Shoot, I was driving Uber five weeks ago and now this week people are watching me play golf. I’m just enjoying being out here.

“I’m the type of guy that needs to keep my mind busy. I can’t just sit at home. It’s not that I needed the money, but I needed to feel like I had a purpose. So any of my Uber passengers out there who are saying ‘I know that guy’, what’s up?”

Henson was the only player in the top 20 after day one to have played in the tougher afternoon conditions, with the scoring average for the later starters five shots higher than the morning wave.

“I have to be honest, it’s the best two rounds I’ve put together in these types of conditions in my career,” added Henson, whose sole victory to date came in the Philippine Open in 2011.

“As golfers we probably say we hit four good shots a round, I feel like I’m hitting quite a few in these conditions, which you have to do because there isn’t much room for error out here this week in gusty conditions.”