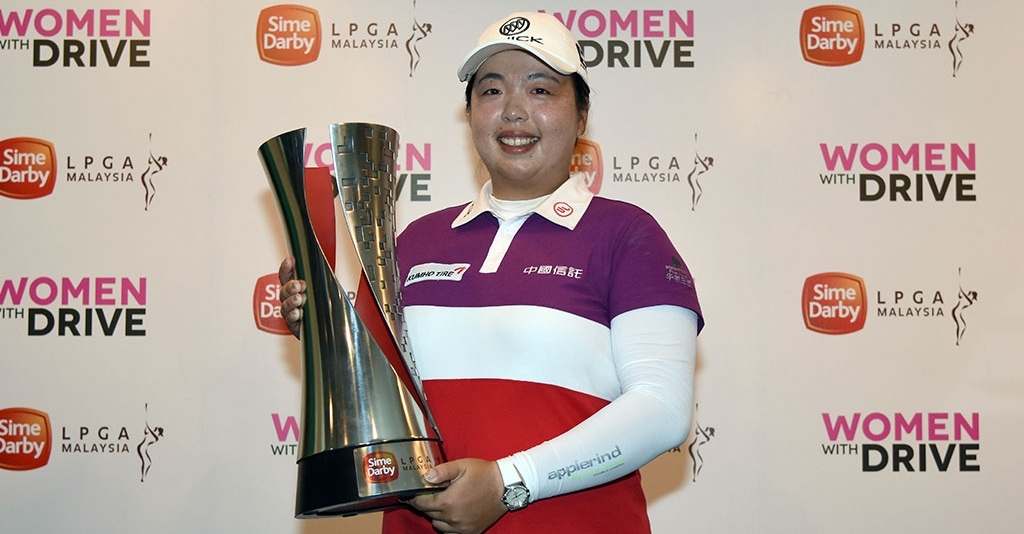 China's Shanshan Feng fired a four-under final round 67 for a 17-under-par total 267 to win the Sime Darby LPGA Malaysia by three shots ahead of Suzann Pettersen of Norway for her first win of 2016 on Sunday.

For her trouble Feng pocketed $270,000.00 while behind second-placed Pettersen, in third spot was Korea Republic's Amy Yang on 12 under after a final round 69 tied with Anna Nordqvist of Sweden.

In an interview afterwards, Feng said she felt great having first won the tournament in 2014.

"It feels great," Feng said. "My record here is really good, especially the past four years.

"I had a very fantastic week, every time I come back here, it makes me feel like I’m at home. I’m really relaxed and I love everything, love the food, love the people.

"So I’m really looking forward to coming back every year."

Feng bogeyed the opening hole of the day but thereafter she birdied the third and fifth holes and on the back nine followed that up with birdies on the 11th, 14th and 15th for her 67.

The 27-year-old Feng has been in great form of late with top-4 finishes in each of her last four starts.

Defending champion Jessica Korda finished for a share of 12th place after firing a final round 70.

At 11 under was Korea Republic's So Yeon Ryu and Azahara Munoz of Spain.