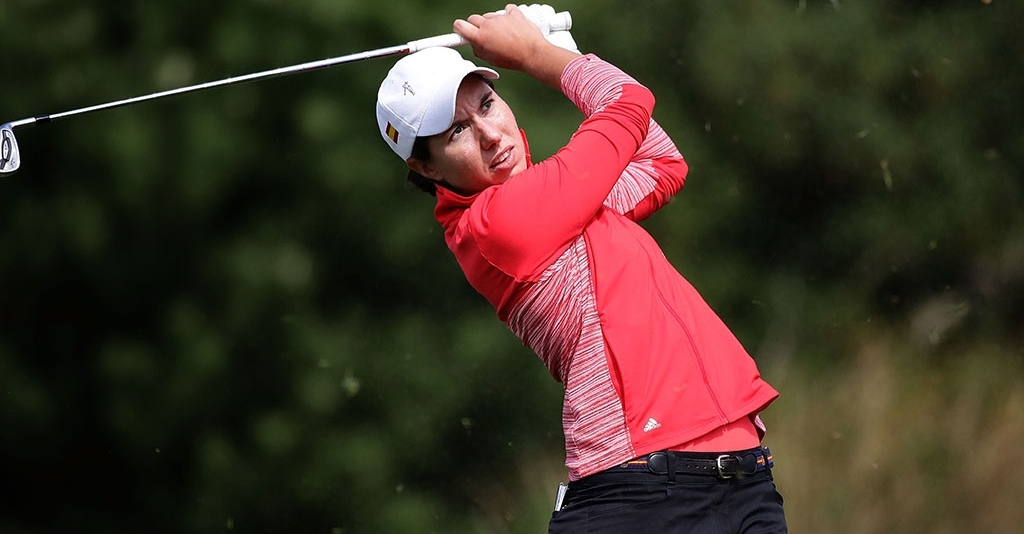 Carlota Ciganda of Spain blew a late five-stroke lead, but recovered, to win the rainy LPGA KEB HanaBank Championship in a playoff from Alison Lee of America at Incheon in the Korea Republic on Sunday.

Ciganda lost a five-stroke lead on the final five holes and got to the playoff when Lee bogeyed the par-five 18th by hitting her third shot into the water.

In an interview afterwards, Ciganda said she was very happy with her victory.

"I was just trying to stay in the present and hit as best I could," Ciganda said. "In the end, it was so close. I think I was the lucky one today and I'm very happy."

"The last three, four holes I was pretty nervous," said Ciganda. "I was looking more and I was 1 up, and then I was on 18 I saw I was 1-down and I couldn't believe it. So it's just golf. Only one can win."

The 21-year-old Lee, who is in her second season on the LPGA tour, had a final round 75.

China's Shanshan Feng (70) and South Korea's Min-Sun Kim (71) tied for third at eight under. This was Feng's third straight top-four finish in Asia after a fourth in China and a second place finish last week in Taiwan.

South Korea's Mi Jung Hur and Brittany Lang of America finished a shot back at seven under.

World number one Lydia Ko fired a final round 74 to tie for 51st at three over.