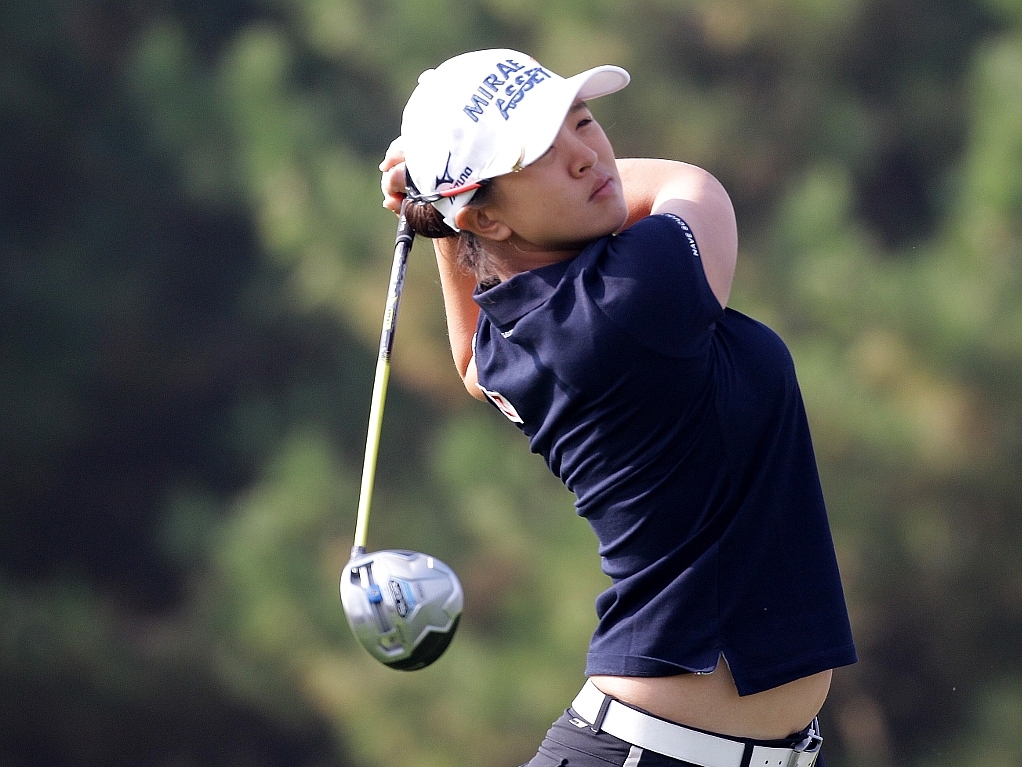 In what is proving to be difficult conditions at the Jian Lake course, no players finished under par after Saturday's third round at the Blue Bay LPGA event.

At the top of the leaderboard is Sei Young Kim and Candie Kung, who both reached the 54-hole mark on level par, after Kim notched a two-over-par 74 and Kung a one-over 73 in the blustery conditions at the Hainan Island course.

One shot behind the leading duo on one-over is Stacy Lewis, after the American also notched a 73 on the day.

In a round which saw only four players finish under par, Wei-Ling Hsu's four-under 68 was the best and moved her into a tie for seventh on two-over.

World number one Lydia Ko, meanwhile, carded a two-under par 70 to move into a tie for 20th at six-over.

Having won three of her last five tournaments, another victory seems unlikely for the Kiwi this week, another sub-par round on Sunday might move her into contention.

Ko's round included six birdies and four bogeys and she found the fairways on nine occasions of the 14 on the course. On the undulating greens, she needed just 26 putts to finish her round.

With even worse conditions expected in the fourth round, Blue Bay LPGA is likely to be the first tournament on the Tour since the 2005 US Open to finish with an over-par winning score.