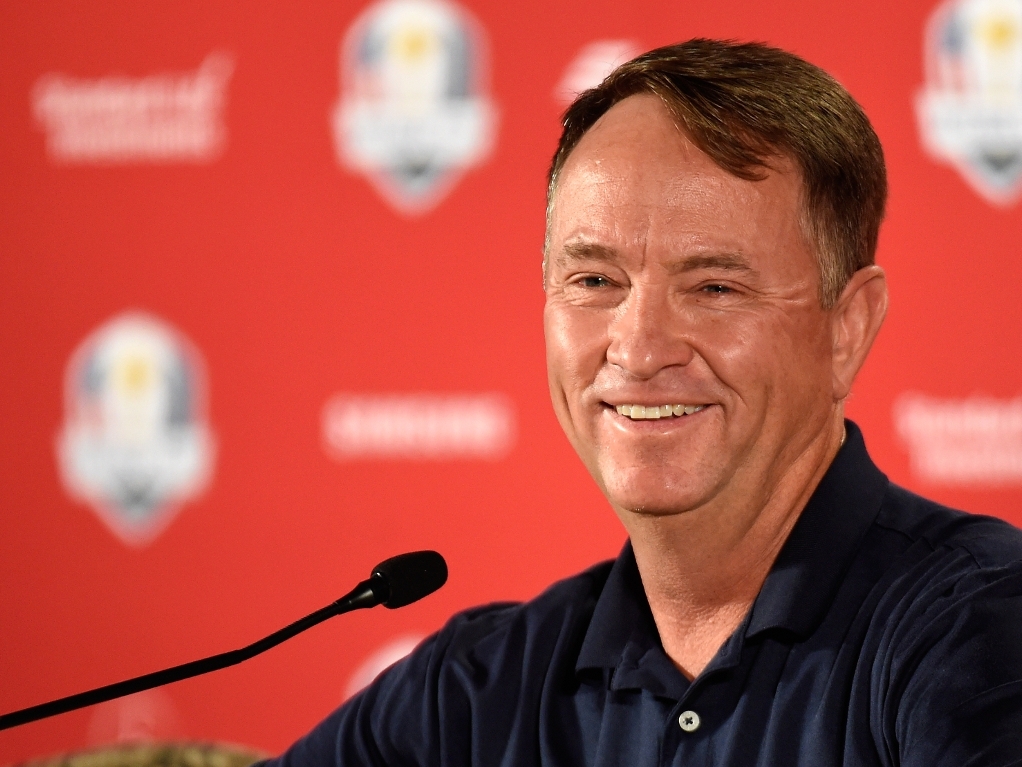 Davis Love III has delivered a rallying cry ahead of next week’s Ryder Cup by declaring his US side as “the best golf team maybe ever assembled”.

America are bidding to avoid a fourth successive Ryder Cup defeat when they tee off at Hazeltine Golf Club, in Minnesota, after a miserable run in the event which has seen them win just twice in the last 10 contests.

Captain Love will finalise his line-up after this weekend’s season-ending Tour Championship, with the ex-PGA Championship winner yet to confirm his last wildcard pick.

But Love says the key for the US is to possess the confidence that they can overturn Europe’s recent success and believe in the magnitude of the talent within their ranks.

"Let's just try to roll these guys and I think if we go out there with that attitude, we are the better team, let's show them, let's go out there and show off, that's a big part of it,” he told the Fairways of Life radio programme.

"And then just having confidence. We don't have to do anything superhuman, we're a great golf team. This is the best golf team maybe ever assembled.

"We just need to tell these guys the same message day after day after day. Just do your job, just play golf and all the results will take care of themselves.

“We've just gotta look for one day at a time, one session at a time and stay focused and not try to win too hard."

However, Europe’s Lee Westwood produced an immediate response to Love’s comments, by tweeting the link to the interview, along with the comment “No pressure there then lads!”.