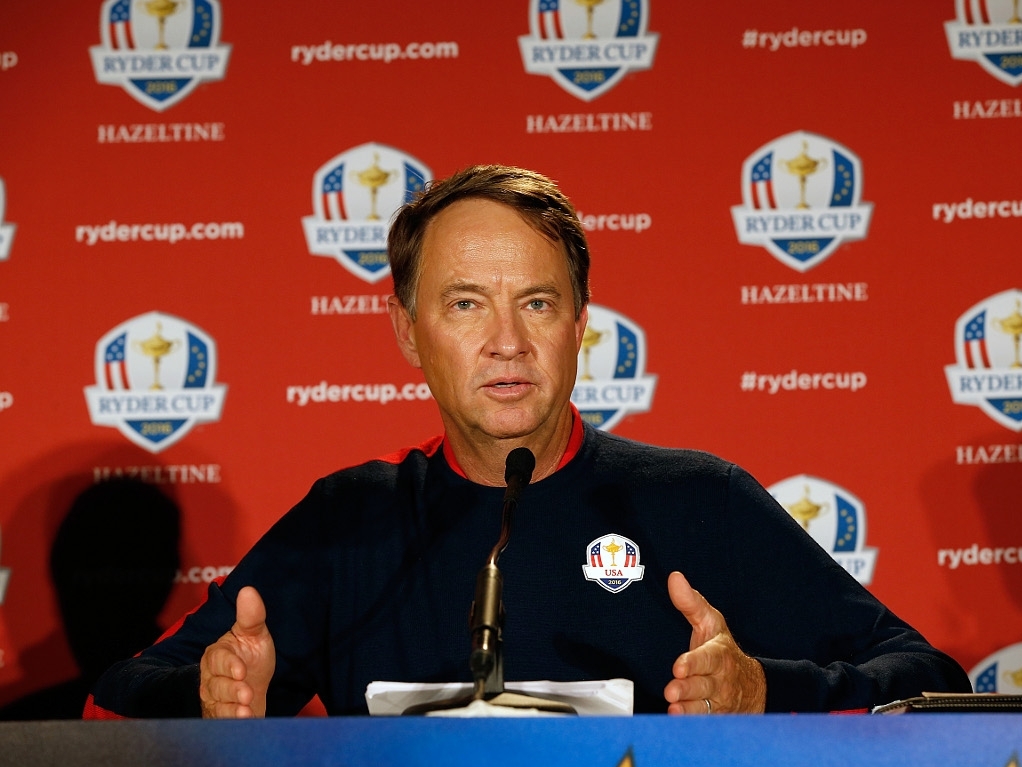 Team USA captain Davis Love III believes that Tiger Woods will be the star of the show at the Ryder Cup, despite not actually playing in the competition.

Tiger Woods has been struggling with injury problems and will most certainly not feature as a player at the Ryder Cup. However, he is one of Love's vice-captains and the skipper has tipped the 14-time major champion to be one of the star's of the show Hazeltine National Golf Club.

"I sit back sometimes, I even talk to him about it, I can't imagine what it is going to be like to have Tiger Woods on a golf cart watching a group of guys play golf," said Love.

"So I think it's going to be really, it's going to be cool. Obviously, the Ryder Cup is so big that when I was assistant captain for Corey [Pavin] I just faded into the background, I was just another guy in a cart working. I don't think Tiger can do that.

"I don't think he's going to fade into the background even at that big an event.

"But it's going to be fun for our team to have him around. Think about the last year, guys trying to make this team know Tiger Woods is going no matter what. So I think that's a big statement. Obviously Jim [Furyk], Steve [Stricker], Tom [Lehman] putting in a lot, guys are used to that.

"But they're not used to, we haven't seen Tiger. He's been a ghost for a year on the golf course. He's going to show up at the Ryder Cup with our team uniforms on and I think that says a lot for our team."

The big question is whether Woods' presence will inspire or distract. That will be answered when the competition starts at Hazeltine on the 30th of September.