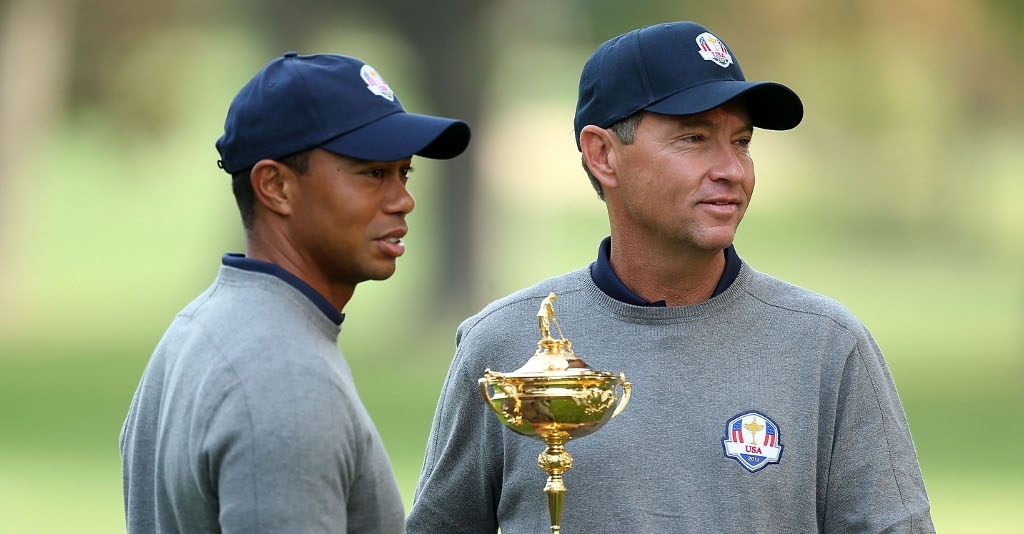 Ryder Cup captain Davis Love III hasn't given up hope on Tiger Woods playing a part in this year's competition.

The 40-year-old Woods has been on the sidelines since August following his latest back operation, but tweeted a picture of himself on Wednesday hitting a ball into a virtual screen, with a caption that read: "Progressing nicely."

“The tweets that appeared this weekend about Tiger’s health are ridiculous and absolutely false,” he said, adding that the fabrications were "reprehensible".

Love is hopeful that Woods can indeed return to the game soon and put together a solid run.

Woods has already been named one of the vice-captains for this year's Ryder Cup, but Love is confident he could handle a dual role if required.

"Tiger is very adamant he can handle both roles. I think Tiger will work hard enough, if his body will allow it.

"If he keeps stopping and starting – and the injuries keep piling up – it's going to be tough for him, but he's very determined. We've seen that.

"He just needs a full season, like any athlete, to get himself straightened out," said Love.

The Ryder Cup starts on September 30 at Hazeltine Golf Club in Minnesota.