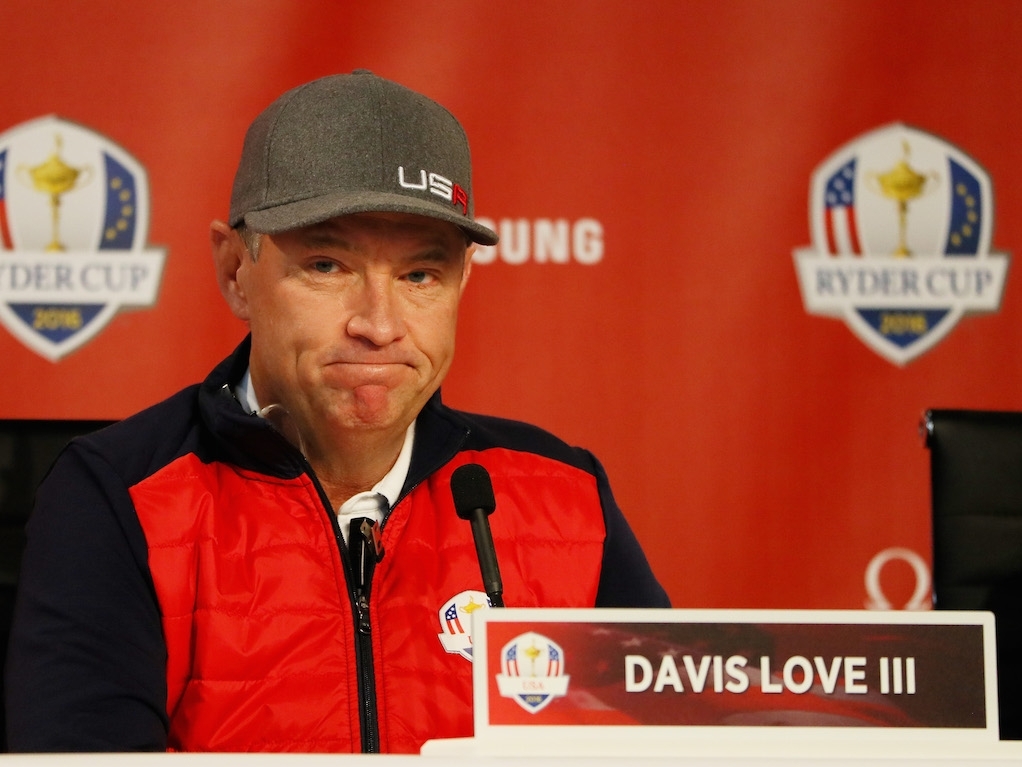 USA’s Ryder Cup captain Davis Love III has explained that his lofty description of his team on a phone-in show on The Golf Channel have been taken out of context.

After being quoted as saying that this USA Ryder Cup team was the “best team ever assembled,” Love found himself under fire… even from some of his own.

However, in Ryder Cup week, the 52-year-old has now tried to set the record straight. He explained or attempted to explain at least, what he meant to say.

"A guy from Canada called in [on the show] and said 'I'm supporting the US team, I just think they need a little bit more swagger when they go out and play' and I said 'I agree with you, we've got to get these guys going,’” Love started.

"Then Matt Adams [the host] was asking me 'What are you going to tell your team?' and I said I would tell my team they're the best team ever assembled.

"So the question wasn't 'How do you rank this team in history?' It was 'What are you going to tell your team to fire them up?' So I would still tell them the same thing: 'You're a great team, let's go out there and have some fun, play your game, don't get in your own way.’

“It's just unfortunate that, you know, in that nice conversation, that it got misconstrued."