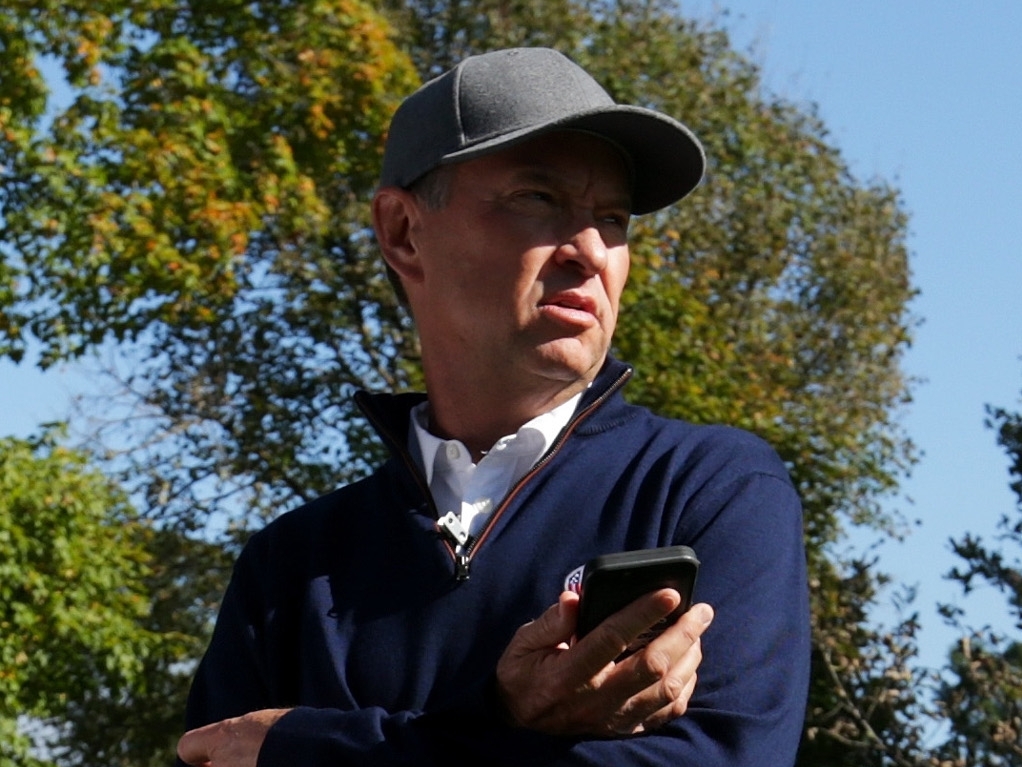 Davis Love III admits the USA team were left ruing their slender lead after the opening day of the Ryder Cup.

America are in the box seat to prevent Europe securing a fourth successive Ryder Cup at the Hazeltine Golf Club, in Minnesota, after forging a 5-3 advantage heading into the middle day of competition.

However, after the USA had built a commanding 4-0 lead in the morning's foursomes session, Europe fought back to take the afternoon’s fourballs.

Love was gracious in praising the performance of the European team in the fourballs, but concedes it dented the mood in the American camp after seeing their lead reduced to two points.

"It was a long day, frustrating a little bit to not come out a little bit further ahead. I know Darren [Clarke, European captain] is happy with the momentum,” said Love.

"They (Europe) seemed to birdie every hole. They played really well.”

Love praised the performance of his players during the afternoon session, yet felt the European side were irresistible, with the double-act of Brandt Snedeker and Brooks Koepka the only victors for the hosts.

"We played really well in the morning, and we actually played pretty good this afternoon. They just made a bunch of birdies. Obviously Rory [McIlroy] made a ton of them,” he added.

"I thought we came out and competed real well.

“Even the guys that were getting run over, buzzsawed, still hung in there and still kept making birdies and got these guys as far as they could.

"Brandt and Brooks played spectacular and I think everybody played a lot of good golf.”