Loupe in front in Charlotte 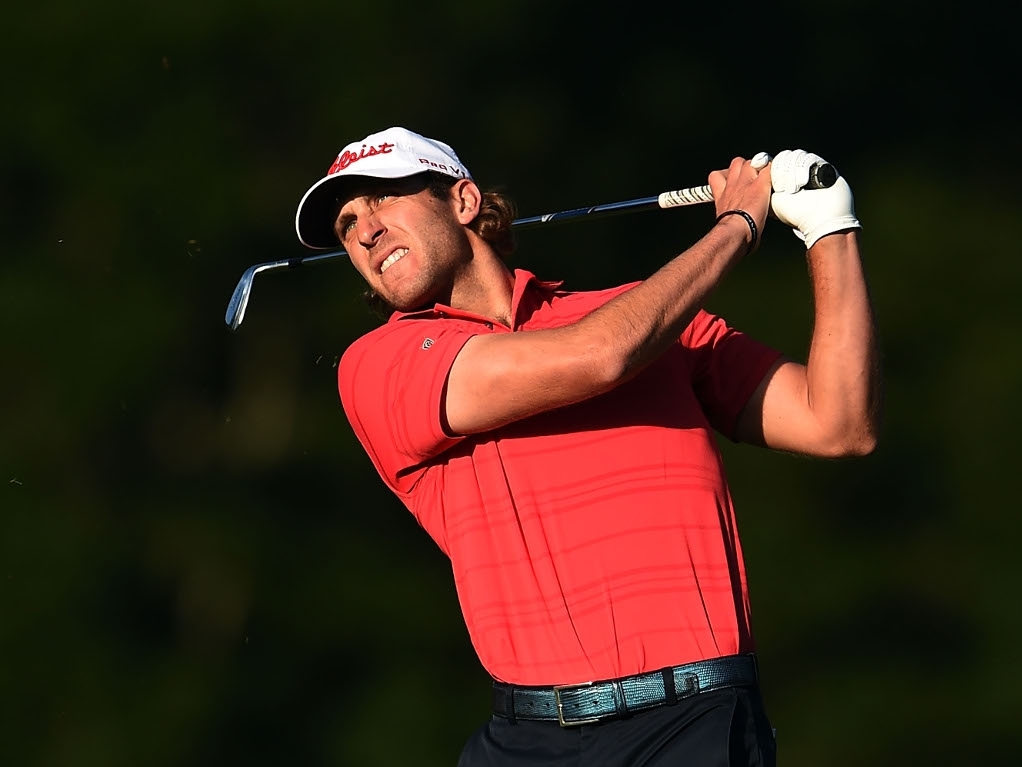 Andrew Loupe carded a one-under-par 71 to claim a one-shot lead at the Wells Fargo Championship on Friday.

Loupe, who is on eight-under, is followed by Roberto Castro, who occupies second place on seven-under.

Chesson Hadley and Mark Hubbard are in a tie for third on six-under, while defending champion Rory McIlroy surged up the leaderboard, but still remains six strokes adrift of the lead.

Loupe, who held the overnight lead with Steve Wheatcroft, began his round with a pair of birdies at the 11th and 15th before faltering with consecutive bogeys at the 16th and 17th. Despite a disappointing front nine, Loupe did have more success on his back nine, starting with a 17-foot birdie putt at the fourth. Another bogey followed at the eighth, but he made up for it with a birdie at the ninth, which gave him the outright lead.

Castro shot up 28 places on the leaderboard after firing a six-under-par 66, which began with him making an 11-foot birdie putt at the 10th. Even though he made a bogey at the 12th, he atoned for his mistake with two more birdies and an incredible eagle at the par-four 18th, where he sunk his approach shot from 221 yards out.

The 30-year-old struggled a bit more on his back nine, but still went on to make four birdies, which included a 36-foot putt at the ninth, and two bogeys.

Hadley climbed up 27 spots following his round of 67, which consisted of seven birdies and a double bogey at the par-four third, while Hubbard went up 14 places on the leaderboard after a round of 68, during which he made four birdies, two bogeys and an eagle at the par-five seventh.

Meanwhile, McIlroy bounced back after registering a 73 in his first round on Thursday and managed to make the cut courtesy of a second-round 69, which began with him making three birdies, a bogey and an 82-foot pitch for eagle at the seventh. After a superb front nine, the world number three was unable to maintain his momentum on the back nine as he made two birdies and three bogeys.