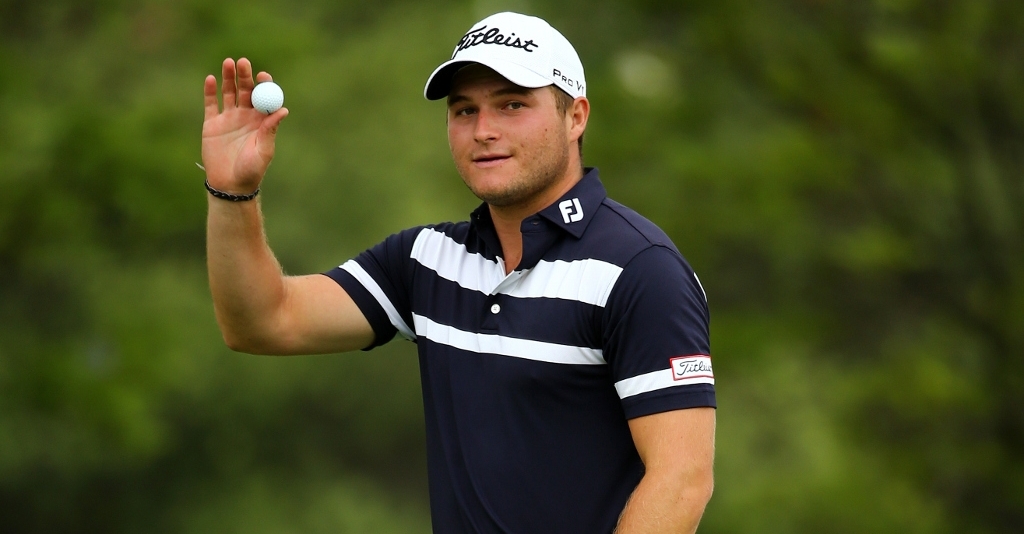 Two South African young guns made use of moving day at the Joburg Open to climb to the top of the leaderboard.

He moved to 15-under at the 54-hole mark of the tournament, sharing the lead with Haydn Porteous, who carded a battling four-under-par 68, and with England’s Anthony Wall, who came second in the tournament last year and signed for a 68 in this year’s third round.

“I started off birdie, birdie and that really got the momentum going,” said Lombard. “I was hitting the ball in the right places, finding the fairways and greens, and holed a few nice putts and just kept a solid round together.”

Porteous had more difficulty to contend with than the other two leaders: He was wayward off the tees and that kept him under pressure throughout the round. “I wouldn’t say I’ve been hitting it that well this week,” he said “I only hit two fairways today, and, while that didn’t stop me making birdies when I could, it did cause me to make more bogeys than I should have.

“I think my short game has helped me a bit through these last three days, and today was probably a little worse than the previous two days and around the East if you’re missing fairways it can be tough. You’ve got to accept that you are going to make bogeys and when I gave myself an opportunity to make birdie I did.”

Wall’s 68 was his second bogey-free round of the week, after he opened with a 65, and followed it with 67 in the second round with two bogeys on the card. He loves playing South Africa: “It just proves to me that I love coming here,” he said. “It’s a great golfing country and they love sport here, so it just gets you up a little bit more because you know people appreciate it.”

Two strokes behind the leading trio was a cosmopolitan group of four players on 13-under, consisting of American Daniel Im, local Jacques Blaauw, Irishman Paul Dunne and overnight leader Ross McGowan of England.

Im carded a bogey-free 65, Blaauw closed with three birdies and an eagle in his final four holes for a 67, Dunne fored a 68 and McGowan battled to a one-over 73.

Lombard’s 65 came despite drops on the third and the 11th, but it was the nine birdies under pressure that showed what he could do. And that ability to fight off adversity is something that he started showing when he came third in the Australian PGA Championship in December.

“I think Australia gave me a lot of maturity in my game,” he said. “You know every shot counts and I missed out by one, so I definitely have to keep it tidy tomorrow.”