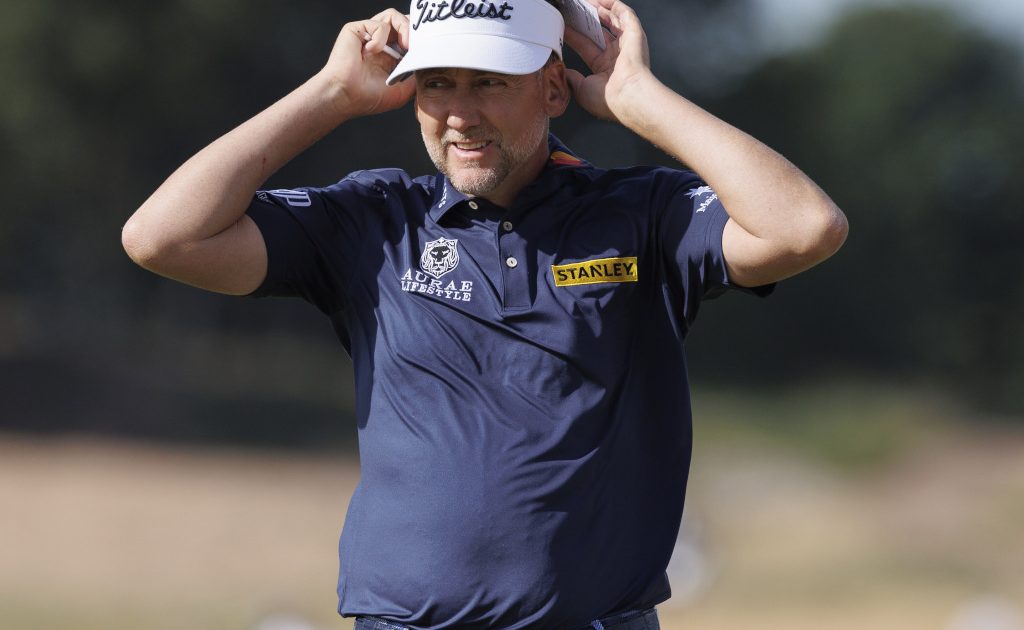 Justin Harding made the most of his late addition to the Genesis Scottish Open with a flawless opening 65, but it was a completely different story for Ian Poulter at the Renaissance Club.

DP World Tour members who played in the first LIV Golf event last month without permission had been banned from the GBP 6.7million tournament, plus two other events co-sanctioned with the PGA Tour, and each fined GBP 100,000.

However, following a hearing before Sport Resolutions (UK) on Monday, the suspensions imposed on Harding, Poulter and Adrian Otaegui were temporarily stayed, pending determination of their substantive appeals.

Harding’s fellow South African Branden Grace – who won the second LIV event in Portland – was also added to the field on Tuesday, but while he returned a 69 and Otaegui a 71, Poulter slumped to an eight-over-par 78.

Harding was reluctant to go into detail about how he, Poulter and Otaegui were the only players named in Monday’s appeal decision, but added: “I think there were a couple of us who wanted to see if we could fight and get the opportunity to play this week. I was one of them.

“I don’t know who was involved in the decision-making. But we put a letter in and waited to see what the result was.”

Rory McIlroy admits the decision of LIV Golf players to insist on their right to also compete on the DP World Tour is creating resentment, while Billy Horschel accused some of the rebels of being “hypocrites and liars” in his pre-tournament press conference.

“I am by no means a fighter, I’m not confrontational so it’s an awkward situation to be in,” Harding admitted.

“I always thought it would be a bit tricky but didn’t realise it was going to be blown up as much as this. I thought it might have been handled a bit better by all parties.

“I was a little upset I was told I could not play. I have supported the European Tour for a long period and I’m happy to continue to do so. I’ve not had too many issues (with other players). There’s times when it’s a little uncomfortable but we have to look after ourselves.

“I have not signed a contract with LIV so I feel like I am in a slightly different position. I’ve played in the ones I’ve got into via an order of merit or world rankings and I have no idea if I’m in the next one.”

Harding has earned more than 1.1million US dollars (GBP 918,000) from the individual element of the two LIV Golf events to date, finishing in a tie for 10th at Centurion Club in Hertfordshire and tied eighth in Portland.

“It was an invitational, it was worth a bucketload of money and I felt I could play in it,” he added of the inaugural event.

Harding’s 65 set the early clubhouse target but was surpassed in spectacular fashion by American Cameron Tringale, who made nine birdies in 11 holes, including six in a row from the 10th, on his way to a course record-equalling 61.

“I’ve had some flashes of brilliance in the last couple of months but this was a special day for sure,” said Tringale, who won a team event with Jason Day in 2014 but has yet to taste victory in an individual PGA Tour event.

“It would mean a whole lot (to win). I haven’t had a professional win on my own, and obviously Scotland is where golf started, so this place is special. Everyone here has appreciation for the game.”

On nine under par Tringale held a three-shot lead over former US Open champion Gary Woodland, who recorded an eagle and four birdies in his bogey-free 64.

Jon Rahm, Jordan Spieth, Tyrrell Hatton and Justin Rose all shot 68, while US Open champion Matt Fitzpatrick returned a 71 and world number one Scottie Scheffler struggled to a 73.