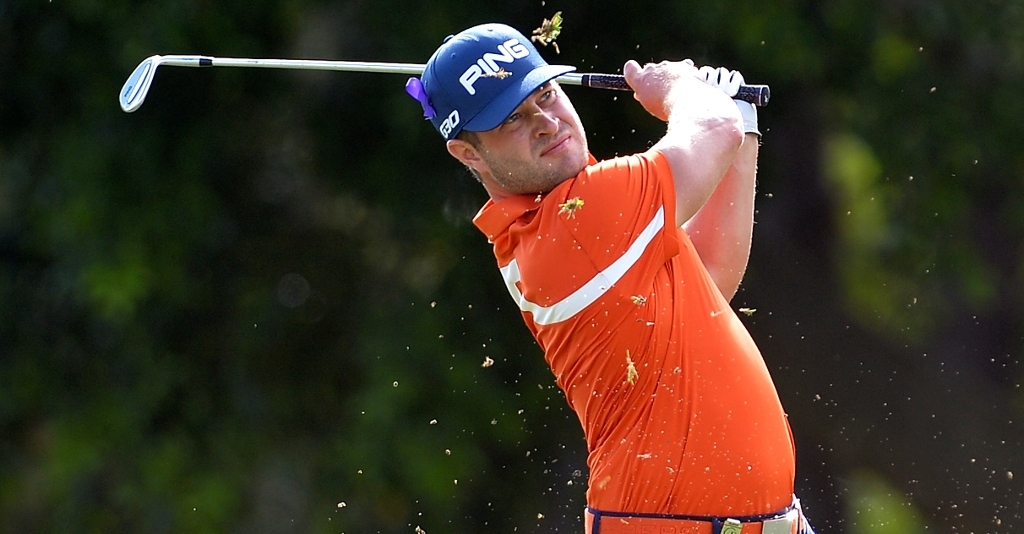 David Lingmerth earned a one stroke lead after the second round of the Australian PGA Championship on Friday.

The Swede braved the tough conditions to card a four-under-par 68, leaving him on three under for the event, one shot ahead the chasing pack on two under.

The Royal Pines course was hammered with gusty winds on Friday, though somewhat less than Thursday opening round when on six of the field managed under par rounds.

Lingmerth enjoyed a run of five birdies in seven holes in the middle of his round, with dropped shots at the fourth and 17th being the only blemishes.

"This gives me some confidence going into the weekend, but at the same time, these are all players that can shoot seven, eight under, both rounds out there over the weekend," said the 28-year-old after the round.

"I'm going to have to play very well to win, but I do feel like I should have a good shot."

The round of the day belonged to Rhein Gibson, who shot a superb eight under 64 to leave him on one under.

Defending champion Greg Chalmers missed the cut after carding 75 to go with his opening round of 76.