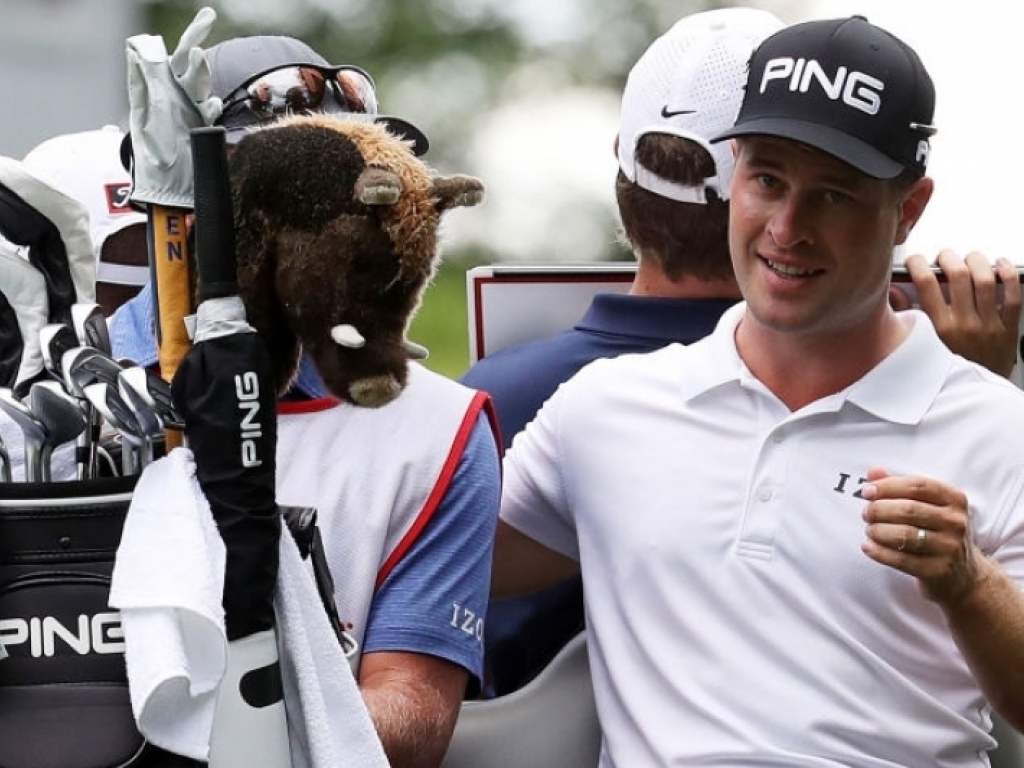 David Lingmerth failed to live up to the high standards of his first two rounds at the Quicken Loans National on Saturday, but did just enough to stay in front.

The 29-year-old Swede shot a three-over-par round of 73 after two consecutive 65s in the opening two rounds, but it was enough to help him maintain a one-shot lead at TPC Potomac as he looks for just his second win on the PGA Tour.

His first victory came at the 2015 Memorial Tournament.

Lingmerth didn’t have the best of starts, with a bogey and a double in the first four holes, but managed to struggle through the rest of his round to stay on track for a wire-to-wire win.

His seven-under par total of 203 leaves him one shot ahead of Daniel Summerhays, who carded a level-par 70.

In third place was Spencer Levin, who shot the round of the day with a 65 to finish two shots behind Lingmerth on five-under par.

One shot further back is a group of three that includes Korea’s Sung Kang and Australians Curtis Luck and Geoff Ogilvy.