Lincicome wins in Bahamas after playoff 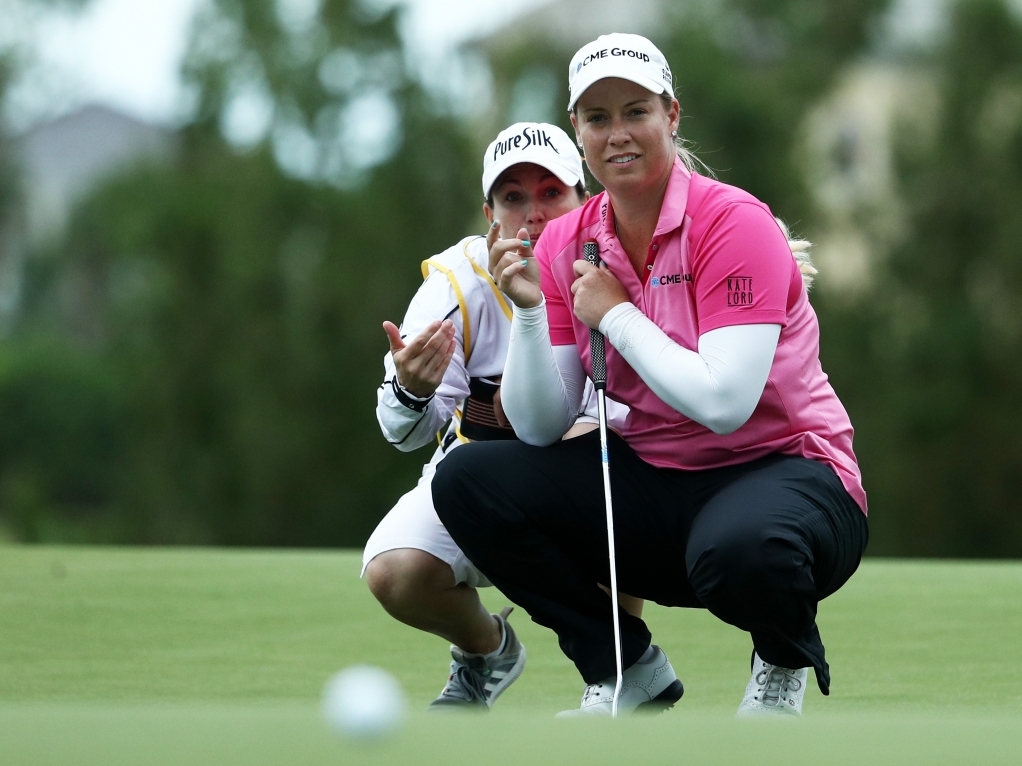 “It was pretty incredible,” Lincicome said. “Just the leaderboard all week has been amazing, obviously a lot of Americans up at the top, obviously friends of mine, so to come down to the final stretch, I played with Lexi yesterday, and it was an awesome day.  We had so much fun, and to obviously have the playoff today is a bummer, but it’s just incredible.”

Lincicome sank a clutch birdie on the 18th to finish five-under for the day and 26-under for the tournament. Her final-day 68 saw her erase a two-shot overnight deficit on Thompson.

Lincicome had a strong opening nine, with birdies on holes one, three, four, five and seven, but after also picking up a shot on the 10th, she bogeyed the 14th and 17th to leave her with a pressure-packed final hole before the playoff.

In the playoff on 18, Lincicome's second shot stopped 20 feet from the flag to set up a birdie tap-in on the par-five hole, while Thompson went past the green and missed a 15-foot birdie attempt, ending the tournament.

“Going into this week we talked about confidence,” Lincicome said. "I wanted to work on my confidence, I wanted to be more confident out there. I’m a good player. There is no reason why we’re not in contention more, so we had this whole long talk and she [Lincicome’s caddie Missy Pederson] told me: “Get out of your own way. We’re going to hit one shot at a time.”

"But, no, I was shaking like a leaf and super uncomfortable for the last four or five holes," she said.

It was an all-US top four, with Stacy Lewis third and Gerina Piller fourth. Lewis was undone by a triple-bogey at the 14th and finished on 25-under overall.