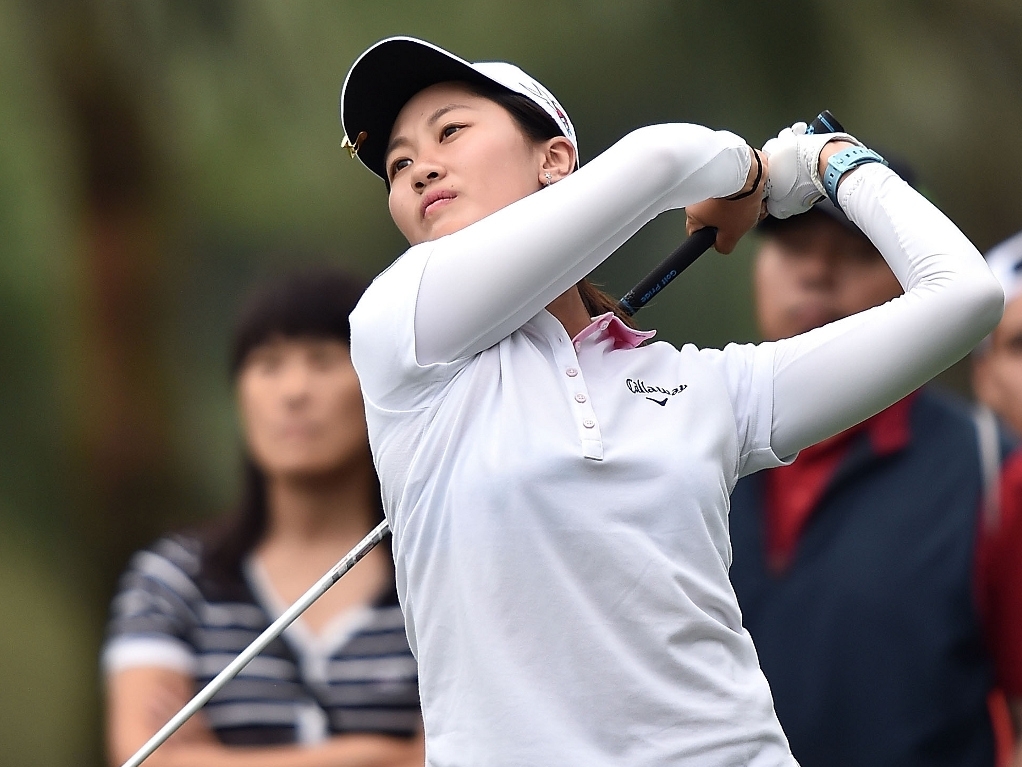 Xi Yu Lin carded a five-under-par 67 to claim a one-shot lead after the first round of the Blue Bay LPGA event.

The Chinese golfer takes a one-shot lead over Austin Ernst after holing a birdie putt on the 17th to claim the day's bragging rights.

"Seventeen, because that pin position today is – well, it's pretty easy for that green. So I was just looking, I should get it close to this hole and try to make a birdie," said Lin when asked which hole she enjoyed most on the day.

"I actually hit it a little thin but when the wind is helping, so I wasn't really looking at the ball, and they told me I almost hit in. Yeah, I was pretty surprised.

"I think today is pretty good round for me.

"Actually when I played in the practice round, I thought, this place is pretty tough, and also I'm pretty surprised what I'm doing today. So I'm really satisfied with my game and my game today."

Ernst was also fairly satisfied with her round, which included a bogey five – on the first – and five birdies.

"I had pretty good control of my irons all day coming in from the fairway," said Ernst.

"So I can still be aggressive but there are pins you've got to play to a side where you might have to hit it five or ten feet left or right of the pin because if you hit it on the other side, you're going to have a really tough up-and-down."

After the wind picked up later in the afternoon, several high-profile players struggled to break par, including world number one Lydia Ko.

Ko notched a 77, her worst round since her career-worst 80 in high wind last year at Royal Birkdale in the Women's British Open, less than a week after winning the LPGA Taiwan by nine strokes.

Having won in three of her last five starts, Ko notched a double bogey on the par-4 second before dropping shots at the next three holes as well. Two more bogeys followed at 11 and 12, before birdies at 14 and 18 gave her round a modicum of respectability.