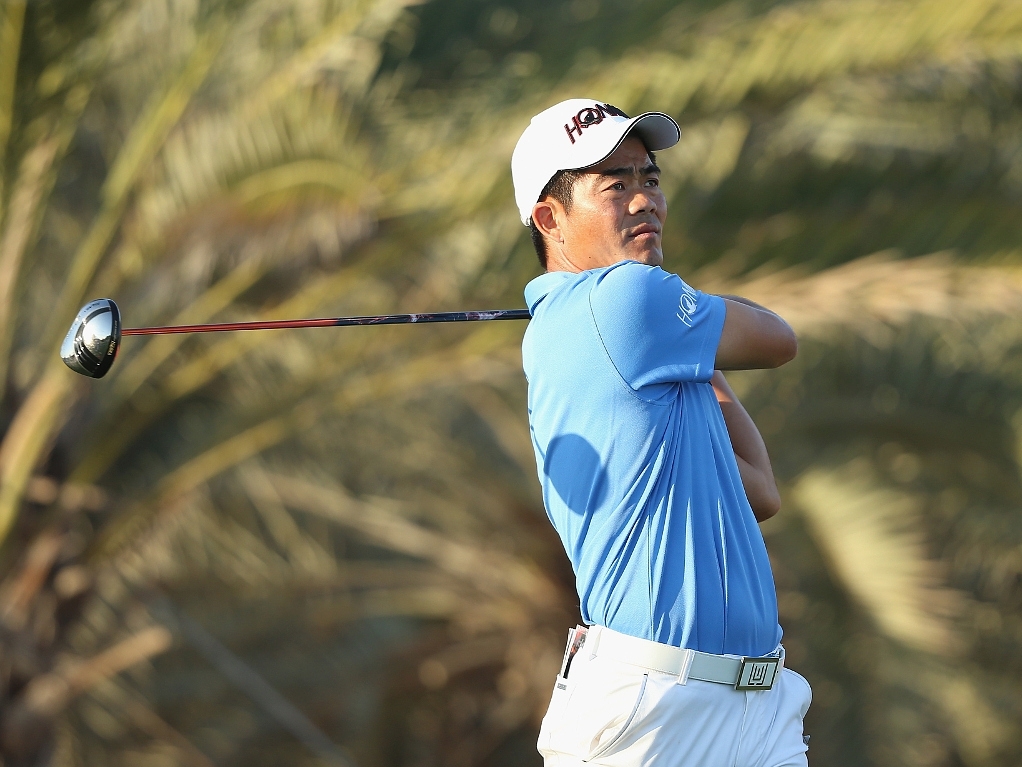 Liang Wen-chong broke through the fatigue barrier by carding a four-under-par 67 to snatch the clubhouse lead before the third round of the SMBC Singapore Open was suspended due to darkness on Saturday.

Liang played a marathon 31 holes at the Serapong Course, Sentosa Golf Club after inclement weather during the first two rounds had led to lengthy delays at the US$1 million event which is sanctioned by the Asian Tour and Japan Golf Tour Organisation (JGTO).

Second round leader Song Younghan of Korea mixed two birdies against two bogey to be on nine-under through 13 holes while world number Jordan Spieth remained in contention at six-under with two holes left to play.

A total of 15 players will return on Sunday morning to complete their third round with the final round scheduled to commence with no re-draw.

Liang, the 2007 Asian Tour Order of Merit champion, returned early in the morning to complete 13 holes from his second round where he signed for a flawless 67.

After a quick lunch break, the Chinese was back at the starting tee again.

He charged out of the blocks quickly with three birdies in his opening four holes but dropped a shot on the fifth.

Liang then struggled to keep his focus but was eventually rewarded with two more birdies in his last three holes.

"I played 31 holes today and to be honest, I was feeling tired towards the end of the round. I'm happy I managed to birdie 16 and 18 coming in as those birdies gave me that much-needed confidence boost for tomorrow," said Liang, who signed for a three-day total of eight-under-par 205.

"I started off really well with three birdies in first four holes but dropped a bogey on the fifth. After that, I couldn’t find those birdie opportunities and was glad they finally came again on 16 and 18. I'll try my best tomorrow," added Liang.

Despite having to endure a long wait, Song believes he can still surmount a challenge to win the SMBC Singapore Open title.

"It did not help me that much not having played this morning as I had to wait about a long time for my tee off. I have had many second place finishes in Japan and Korea but I do not think that will affect me (mentally) tomorrow.  It would be great to win here and that's my aim."