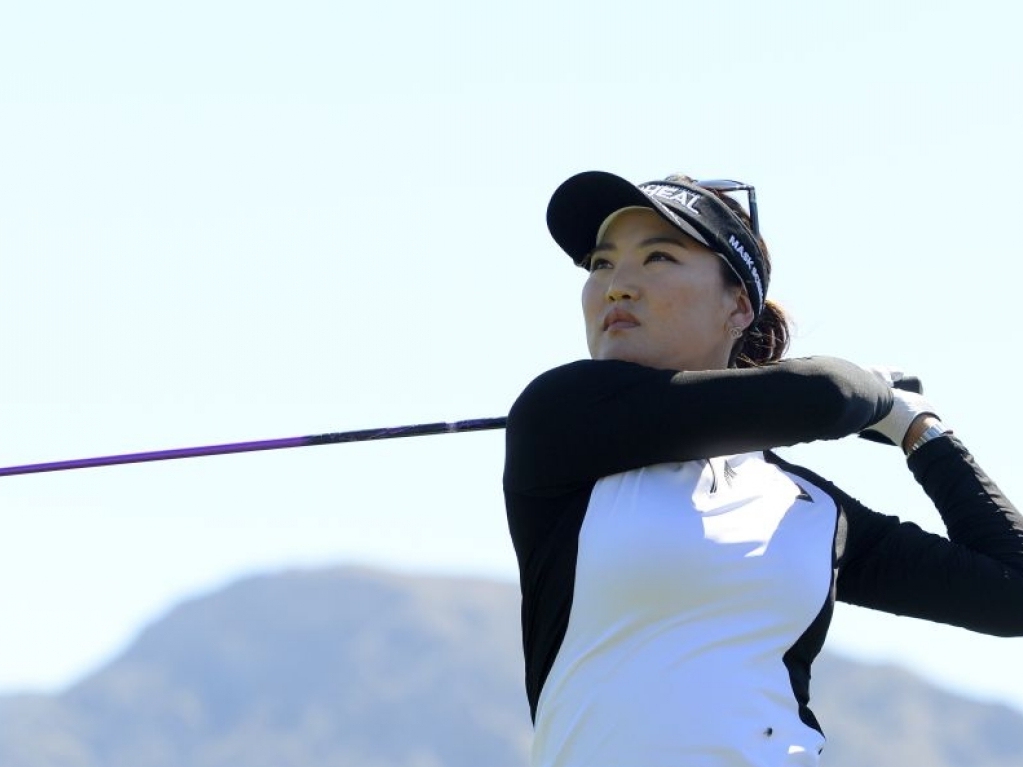 Lexi Thompson lost the ANA Inspiration title to South Korea’s So Yeon Ryu in a playoff in dramatic fashion Sunday after being controversially docked four strokes after a TV viewer called in a penalty.

Ryu birdied the first extra hole to take the win, but the post-tournament discussion will be about what happened with the penalty.

Thompson, 22, was seemingly cruising to victory in the first major of the year at the Mission Hills Country Club in Rancho Mirage, California, but then was sensationally handed a 4-stroke penalty that cost her the win.

Seeking her second major championship, Thompson held a three-stroke lead over Suzann Pettersen with six holes to go. She was unaware, however, that the LPGA had received a message from a television viewer informing them of a potential violation of the rules during Saturday’s third round.

TV footage showed that Thompson had incorrectly replaced her ball for a short putt on the 17th. LPGA rules officials ruled after lengthy deliberation that she be handed one two-stroke penalty for not playing the ball from the correct spot, and another for signing an incorrect scorecard.

Thompson then bogeyed the 12th hole, just as she was informed of the penalty. That meant a five-shot swing that saw her three-stroke lead vanish, dropping her back to a two-stroke deficit with just six holes to play.

When Thompson was informed of the penalties, she responded, “is this a joke?”

“Whatever. That’s just ridiculous,” she could be heard saying.

She was trailing by one stroke as she approached the 18th green, the crowd chanted her name as she gave some of them high-fives.

Thompson was still visibly upset by the events and was seen wiping away tears.

Nevertheless, she was able to grab a birdie, after narrowly missing an eagle putt, and tie with So Yeon Ryu to force a sudden-death playoff.

But it was to end in disappointment as Ryu birdied the first hole while Thompson’s 25-foot attempt came up short.