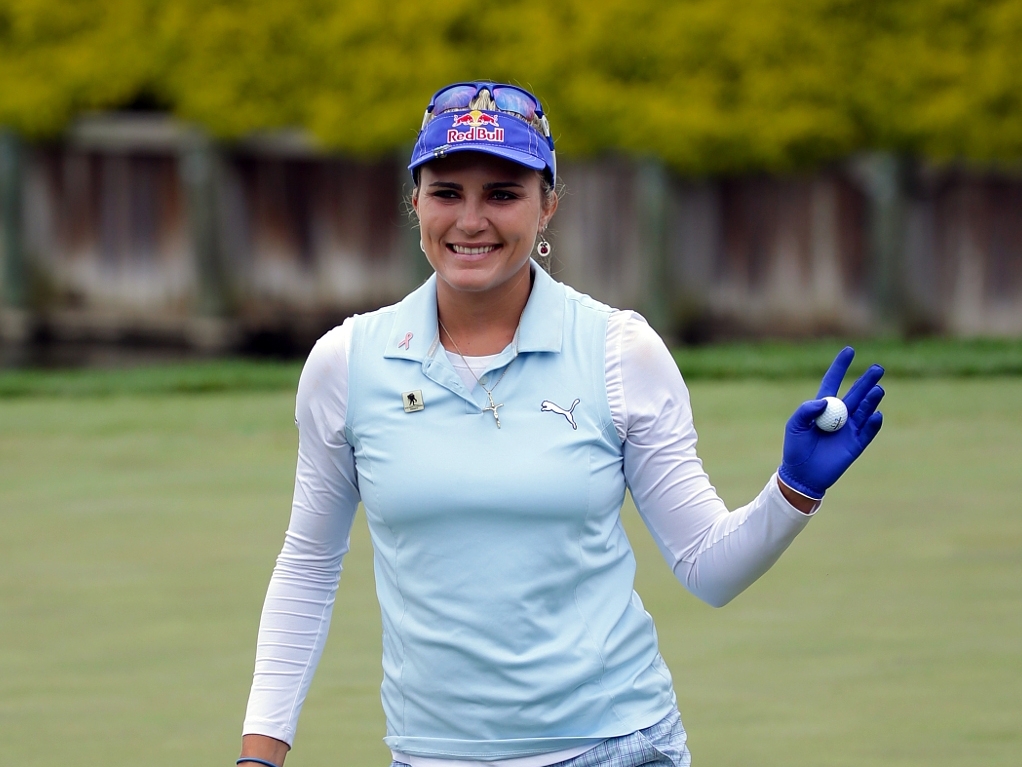 Lexi Thompson shot a third-round 67 to move two-shots clear of the field on an extended third day’s play at the ANA Inspiration.

Thompson, who played 28 holes on Saturday after several players’ second rounds were delayed by wind, finished two shots clear of Norway’s Suzann Pettersen at 13-under par.

Pettersen was on her own at 11 under, with four players including Inbee Park and Mi Jung Hur tied for third place one shot back.

The 22-year-old, looking for a second major title and a first win, hit six birdies and a bogey as she carded a second successive 67.

Speaking after her round, Thompson remained focused ahead of the final day, saying, “I’m just going to focus on tomorrow, focus on one shot at a time, relax out there between shots, and just focus on doing my routine, visualizing my shots out there.”

“I just love this golf course. I get to hit a lot of drivers, and it just sets up well,” said Thompson.

“There’s a few doglegs left, which helps me out. I love being here. It’s just absolutely beautiful, and it’s always in great shape for us,” she added.