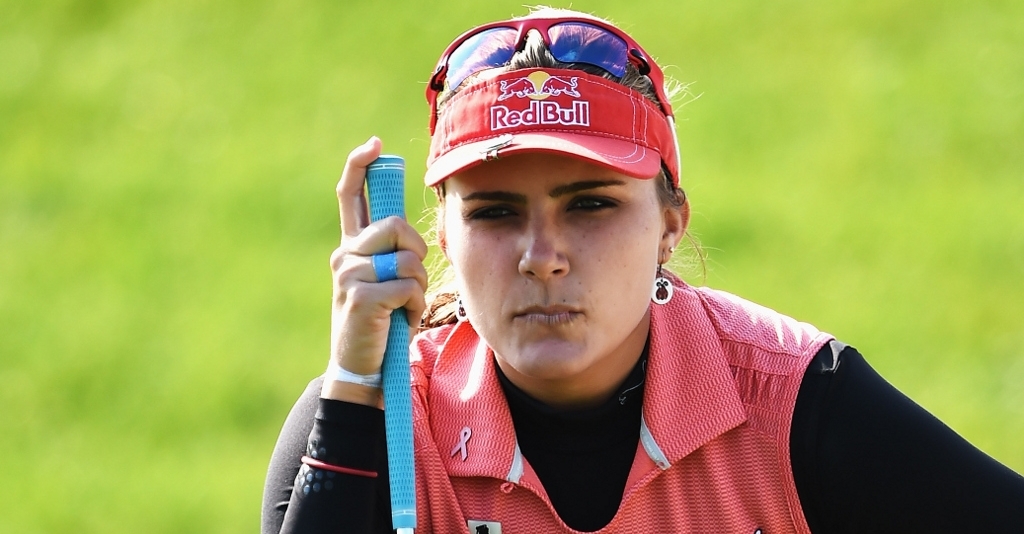 World No 7 Lexi Thompson and up-and-coming South Korean Mi-Hyang Lee hold a one-shot lead at the Evian Championship in France.

World No 2 Lydia Ko opened with a 69 to lie on two under, alongside the likes of Morgan Pressel, Jenny Shin and Caroline Hedwall.

The world's top ranked player, Inbee Park, who will complete the career Grand Slam (winning all five majors) if she wins this week, opened with a one-over-par 72 and is six shots back.

Thompson made a spectacular start, picking up five shots in four holes from the 12th, including an eagle on the par-5 13th.

Co-leader Lee, the winner of the 2014 New Zealand Women’s Open, joined her with seven birdies against two bogeys on the Evian Resort Golf Course.

Thompson finished second at the 2010 Evian Masters as a 15-year-old amateur and was third in 2013, so has good memories of the location.

“I'm definitely pretty happy with my first round," said the 20-year-old. "I had a good stretch on my first nine on the back nine there and made a few birdies and an eagle, so helped out with the scorecard. But, yeah, overall very exciting ride.”

After a quiet period following her maiden major victory at last year's ANA Inspiration, Thompson bounced back with a victory at July's Meijer LPGA Classic, and she credits her resurgence to a renewed focus on her pre-shot routine.

"I would say I've just been working on consistency in my game," Thompson said. "I've been working with John Denney down in Florida and just trying to stay positive going into shots, doing my routine and focusing on my breathing walking into the shot. So I think that's helped."

Ko, meanwhile, was satisfied with her opening 69, though she acknowledged it could have been better.

"But it was a solid start and hopefully I can have a slightly better score tomorrow. The course is quite dry but that can't be helped after the exceptionally warm summer they have had here."