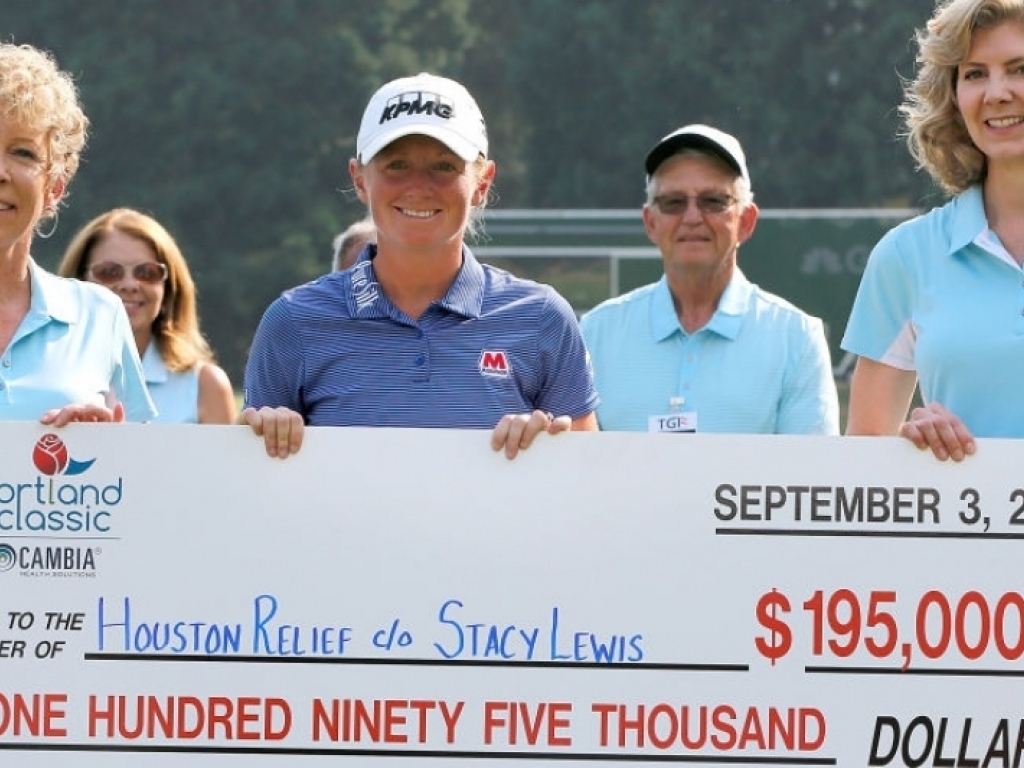 Stacy Lewis ended a three-year winless streak in superb fashion at the Cambia Portland Classic on Sunday to earn a big payday for the Hurricane Harvey relief efforts.

Lewis, from the Houston area, had pledged to donate her winnings from this week’s tournament to her flood-stricken hometown region, and now the campaign is $195,000 better off after she shot a final-round 69 to hold off the challenge of South Korea’s in-Gee Chun and claim her first LPGA title since the Arkansas Championship in June 2014.

The win saw the 32-year-old end a run of 12 runner-up finishes, including one here last year when she finished four shots back of eventual winner Brooke Henderson.

Lewis made a strong start, with four birdies and a bogey in her opening seven holes to open up a healthy lead before parring the final 11 holes to finish at 20 under.

And she needed that lead as Chun fired six birdies in her round of 66, including one at the short 16th that saw her close to within one shot of Lewis. She then missed a 10-footer for birdie as Lewis scrambled to make par.

Brittany Altomare (69) and Thailand’s Moriya Jutanugarn (72) tied for third place at 14 under par.

Henderson, who was trying to win a third straight title, ended with a 70 to finish in a tie for 15th place at 10-under par.