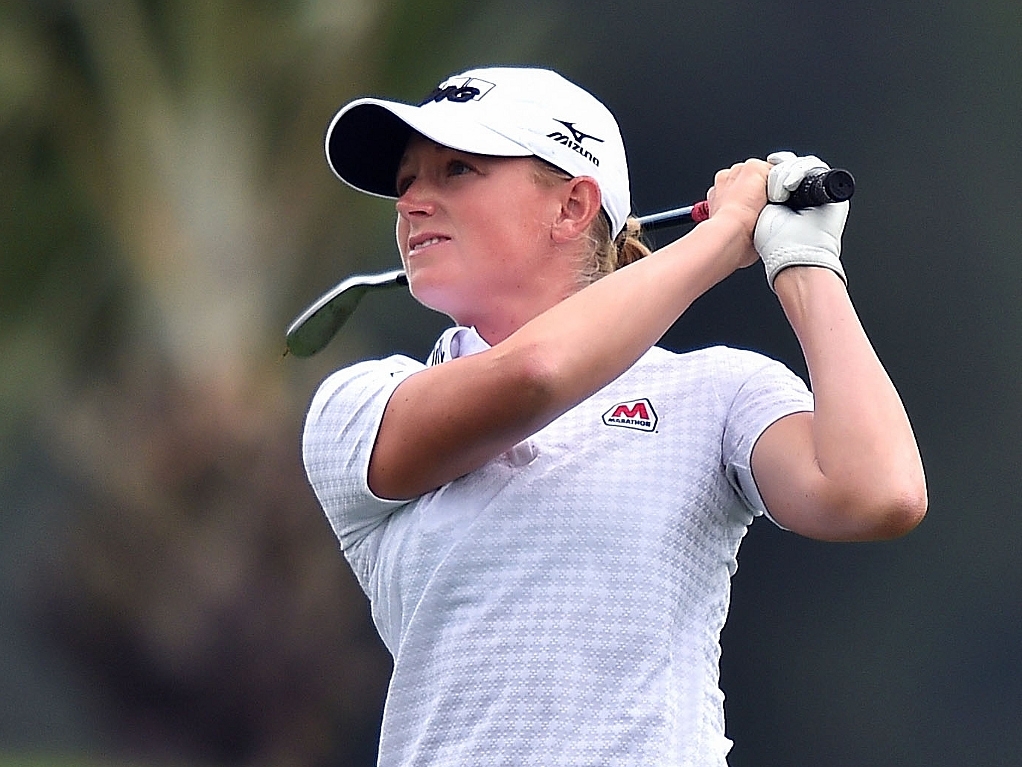 Stacy Lewis aims to consolidate her third place in the Race to the CME Globe points race at this weekend's Toto Japan Classic.

A place in the top three is significant since the three best players on the points race following the Lorena Ochoa Invitational are in line to win the $1million first prize with a win at the CME Group Tour Championship.

"The whole goal in Asia for me was to be in the top three going into CME," Lewis told the official LPGA website.

"I want to be able to control my own destiny there. I've played well on that golf course so that's kind of the focus going into the end of the year.

"The key is to keep yourself up there and that takes playing well and finishing high on the leaderboards. Winning tournaments would obviously be nice but I'm just not trying to put a lot of focus on that right now and just focus on playing some good golf."

Lewis has been in impressive form for the majority of the year, finishing in the top 10 on 13 occasions, including a runner-up finish at the Blue Bay LPGA last weekend

"On this golf course it's about hitting greens," Lewis continued.

"The rough is dormant Bermuda and it's just pretty tough so you've got to hit a lot of greens. Obviously, having success on it I know certain places where to hit it and where not to.

"I think I have some more course knowledge than some of the other girls so I like coming back to a place where I have good memories of basically clinching Player of the Year here in 2012 so good memories and glad to be back in Japan."