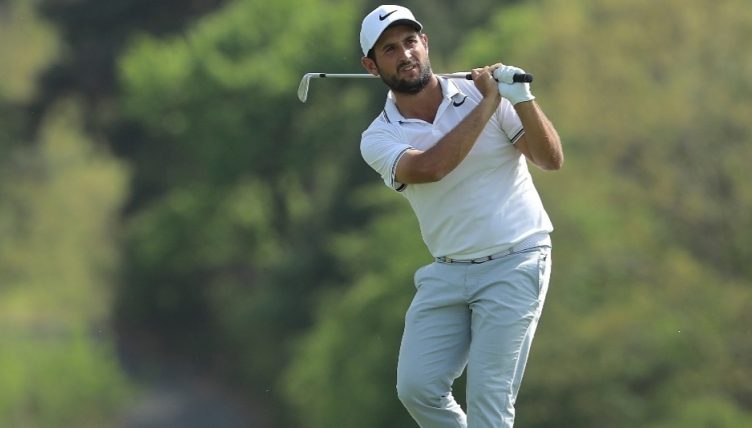 Frenchman Alexander Levy won the Volvo China Open when he defeated South Africa’s Dylan Frittelli in a play-off at Topwin Golf and Country Club on Sunday.

The victory means that Levy became the first person to win the tournament twice having previously won in 2014.

The 26-year-old started the day in third spot behind second-placed Spaniard Pablo Larrazábal and seven shots behind overnight leader Frittelli.

After the two ended the day on 17-under-par they went back to the 18th hole to begin the play-off.

Levy found the fairway safely off his tee shot but Frittelli’s drive found the bunker. Then both ended up reaching the green for birdie putts.

Frittelli missed his birdie attempt while Levy sunk his from 15 feet for the victory and a winner’s cheque of €448,183.

Larrazábal ended up in third place after firing a final round 72 to finish at 16 under, a shot ahead of Austrian Bernd Wiesberger and England’s Chris Wood.

In an interview after his fourth European Tour victory, Levy said that he next planned on qualifying to play in the Ryder Cup at Le Golf National in 2018.

“That’s an amazing feeling to be back in the winner’s circle.

“This means a lot because it was the first tournament I won on the European Tour.

“I won last year after a bad injury and to come back with the win was very tough for me. I’m really happy with what I did today.

“Happy birthday to my caddie because it’s his birthday today and I think it’s a really good present.”

Levy’s final round five under 67 consisted of birdies on the sixth, eighth, ninth, 11th, 15th and 18th holes with his only bogey coming on the par-four seventh to end clubhouse leader on 17 under.

Frittelli started the day as the clear favourite to win his first European title but the pressure showed early when he had his first bogey in 43 holes at the par four fifth but then birdies the seventh before a double bogey on the par five 12 stopped his charge in its tracks.

Frittelli then seemed to recover with a birdie on the 15th but bogeyed the 16th and picked up two pars to finish his round on a two over 74 and end up tied at 17 under with Levy.