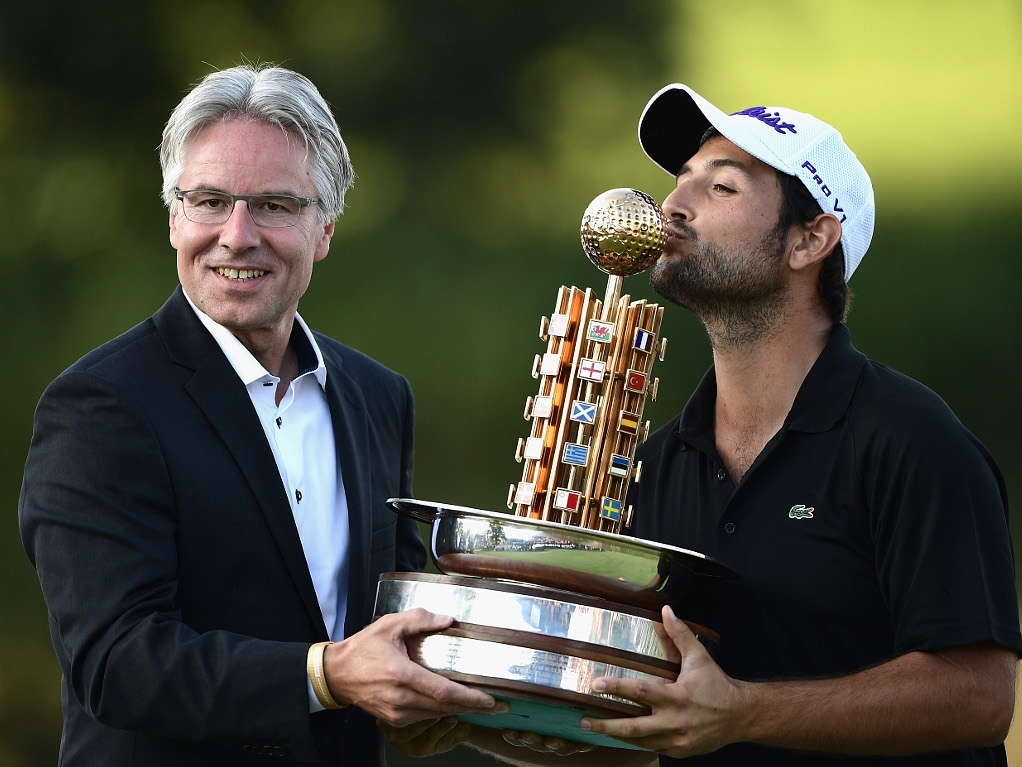 Alexander Levy made a birdie at the second play-off hole to overcome Ross Fisher and win his third European Tour title at the Porsche European Open.

As a result of fog delays at Golf Resort Bad Griesbach in Germany, the Porsche European Open was reduced to just 54 holes.

Levy entered the third and final round with a four-shot lead at 17-under-par.

He carded a composed 69 and under normal circumstances that would have been enough to get him over the line.

However, Fisher saved his best golf for Sunday as he backed up an ultra aggressive mind set with some sparkling shot-making, shooting a superb 64 to force a play-off.

The pair had to go back up the last and after both making pars, it was the Frenchman who holed a quick 18-footer down the slope for a birdie and the victory.

It was his third triumph on the European Tour.

Speaking after, Levy admitted he was extremely happy with the temperament he showed in winning the play-off.

"It's unbelievable," he said.

"On the 18th putt I saw the line and I said to my caddy, 'I've got it'. I felt good, I felt the speed and I putted it very quickly.

"It's too good to have this feeling after two years of no wins, it's very nice.

"It's tough to say that it's the best one [win]. I have a very nice feeling and I worked a lot the last few weeks to have this one. I was close last week but didn't play good on Sunday and this week I managed my things to have this trophy in my hands.

Swedish duo Robert Karlsson and Michael Jonzon finished three shots out of the play-off at 16 under after rounds of 65 and 68 respectively.