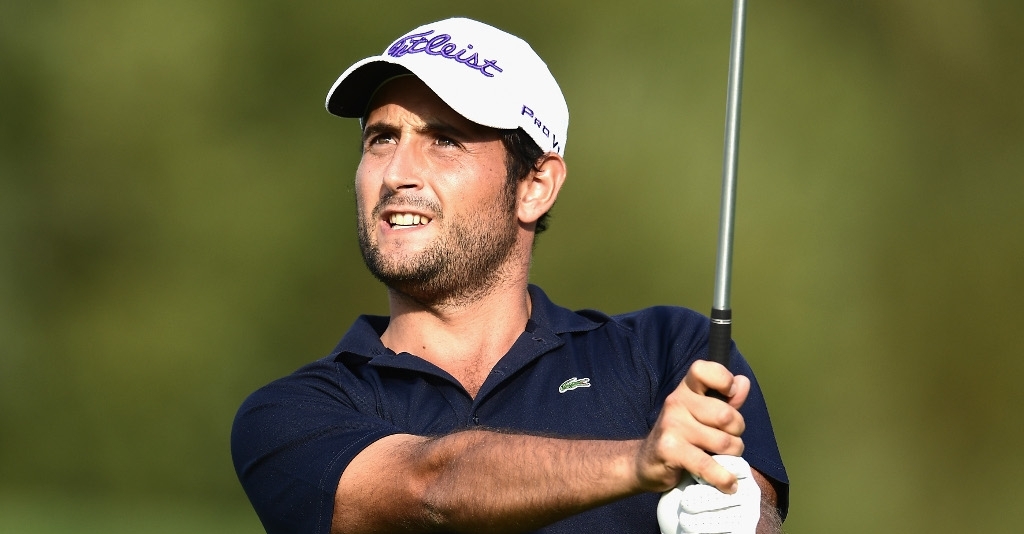 Alexander Levy was on fire at the Porsche European Open on Friday, making 13 birdies in all to open up a six-shot lead.

The Frenchman completed his first round early in the morning as the tournament played catch-up following a lengthy fog delay, making five more birdies on the way to a nine-under-par 62 and the clubhouse lead.

Heading out for his second round, Levy added eight more birdies before play was suspended due to bad light.

That took his total to an incredible 17 under par with only one more hole left to play in his second round.

While there were certainly low rounds on offer at Bad Griesbach, no one else could keep up with that kind of rampant scoring over the two days.

"It was really good," said Levy. "I said this morning that I just wanted to have fun and enjoy and play my golf. That is what I did today and now it's really nice. I enjoy the time with my caddie on the golf course. I played well and it is always good to be in a position like that.

"I finished my round well this morning with two birdies in the last two holes and started with three birdies on the first three holes. I think I'm in a good way and I just need to enjoy and to do my best to do my job.

Germany's Martin Kaymer lies in second place alongside Ross Fisher and Robert Karlsson. The trio are on 11 under par, six strokes behind Levy.

Kaymer was seven under for his second round, also through 17 holes, while Karlsson already found himself nine under par for his round through 15 holes, having opened with a 69.

Incredibly, Karlsson had gotten it to 10 under through 13 before making bogey at the fifth. He made the turn in 30 following six birdies, and then added two more birdes and an eagle after the turn.

Lying one shot behind the second-placed trio are Jean Hugo and Jason Scrivener, with the likes of Soomin Lee, Mikael Lundberg and Matthew Southgate following a shot further back.