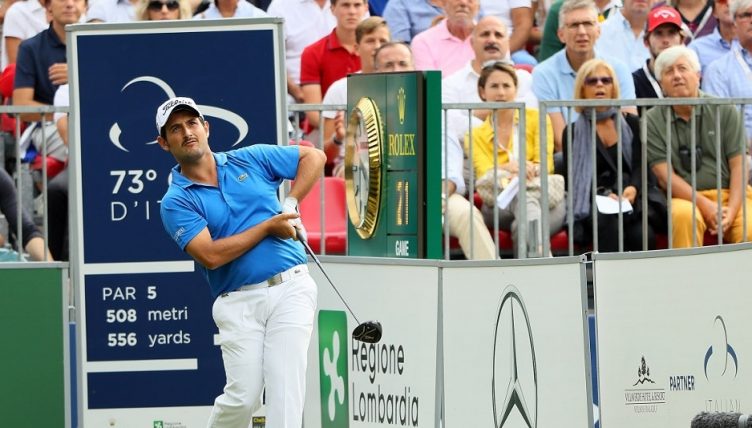 Alexander Levy surged into the lead at the Italian Open on Saturday, as round two and most of round three was completed.

With clearer skies on offer the tournament was able to play catch-up following two days of regular weather delays.

Levy started his third round a full six shots behind then leader Chris Paisley, but the Frenchman turned in 29 to find himself on 14 under par after 12 holes when play was suspended.

That leaves him one shot clear of local hope Francesco Molinari, who sits on 13 under after 10 holes, and English trio Chris Hanson, Chris Paisley and Danny Willett.

Hanson and Paisley have completed nine holes of their third rounds, while Masters champion Willett has played through eight.

Also in the running are the likes of South Korea's Byeong Hun An, Swede Robert Karlsson and Spaniard Alejandro Canizares. All three find themselves just two shots back in a five-man group on tied-sixth place.

The day belonged to Levy, however, who got seriously hot on the front nine, eagling the first hole out of the gate before adding birdies at the second, fifth, seventh, eighth and ninth during a faultless display.

"It's not finished but I started well, it was really good to play like that today," he said. "I played well the first two days but I started really strongly today.

"A good start, nice eagle on the first, nice birdie on the second and I kept going like that all day really. I'm really happy with the way I've played."

The tournament will hope for another rain-free day on Sunday in order for the players to complete their third and fourth rounds during what should be another marathon affair.