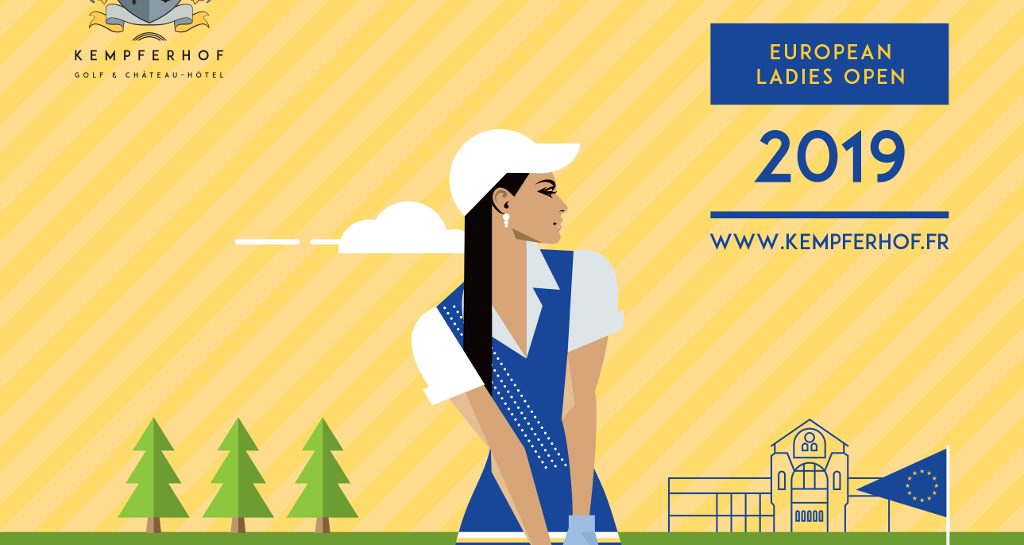 The Ladies European Tour, Golf du Kempferhof and the EVENTEAM Group have announced that the European Ladies Open will be played close to Strasbourg, the capital of Europe.

The European Ladies Open will offer the second highest purse in French women’s golf, behind the Evian Championship, thanks to a prize fund of €300,000. The first edition of the international tournament will be played on October 3-6, 2019, just after the European Week of Sport.

Organised by the European Commission each year since 2014, the European Week of Sport, which will take place on September 23-30, is an initiative to promote sport and physical activity across Europe and is for everyone, regardless of age, background or fitness level. A golf event of this scale will be an important platform to develop golf participation in Alsace.

The LET, Golf du Kempferhof & the EVENTEAM Group are delighted to announce the EUROPEAN LADIES OPEN which will be played close to Strasbourg, October 3-6, 2019 #ELO2019 🇪🇺🇫🇷⛳️🏌️‍♀️

What if the future of golf is women’s golf?

In choosing to develop via a women’s golf tournament, the Kempferhof Golf Resort was guided by three of its main principles: style, persistence and a sense of conviviality. A total of 108 players from Europe and the rest of the world will come and battle for the title throughout the four-day stroke play competition.

An iconic location, rich in history

Acquired by the Bindschedler family in 2016, Golf du Kempferhof is conveniently situated in the heart of Europe, just 15 minutes from Strasbourg (Plobsheim, Bas-Rhin), with a hotel, restaurant and a splendid golf course designed by Bon Von Haage, which has all it takes to become one of Europe’s greatest.

For over 15 years, the Eventeam Group, a global communications agency specialising in sports events, has partnered the Bindschedler family’s work through Soprema, particularly in sports and events. and together they decided to launch a women’s professional golf event to build the club’s reputation and increase its development in Europe.

“When we took over Golf du Kempferhof two years ago, we knew exactly how much potential the place has,” explained Pierre-Etienne Bindschedler, owner of Golf du Kempferhof. “We were reassured in our conviction when our golf course was ranked among Europe’s most beautiful on multiple occasions. Our ambition is to showcase our course, our region and our passion for sport but also to make Alsace a golf region known both nationally and globally. So, we took the initiative to host a Ladies European Tour event.”

“The Eventeam Group is highly committed to developing golf,” said its chair, Igor Juzon, a former professional rugby player and golfer. “We are the official agency for hospitality services for the next Ryder Cup, from September 28-30 at Le Golf National in Paris. As a partner of the Olympic Family since the London 2012 Olympic Games, we were delighted to see golf become an Olympic sport at the Rio 2016 Olympic Games. It’s in this spirit that we subscribe to the development of golf in France.”

LET Chairman Mark Lichtenhein added: “The Ladies European Tour is delighted to announce the renaissance of the European Ladies Open at the magnificent venue of Kempferhof GC. It is difficult to imagine a more fitting location for the return of this tournament, not just to the heart of Europe but to the cradle of many of Europe’s most important institutions. Given that golf is the only Olympic sport that Europe plays together as a team – both in the Solheim and Ryder Cups – and the only sport flying the European flag, Strasbourg has a more than justifiable claim to be the new home for European ladies’ golf.”

Save the date October 4, 2018 at Golf du Kempferhof for a Pro-Am with some of the best French and European golfers, to celebrate a Year to Go before the European Ladies Open in 2019.