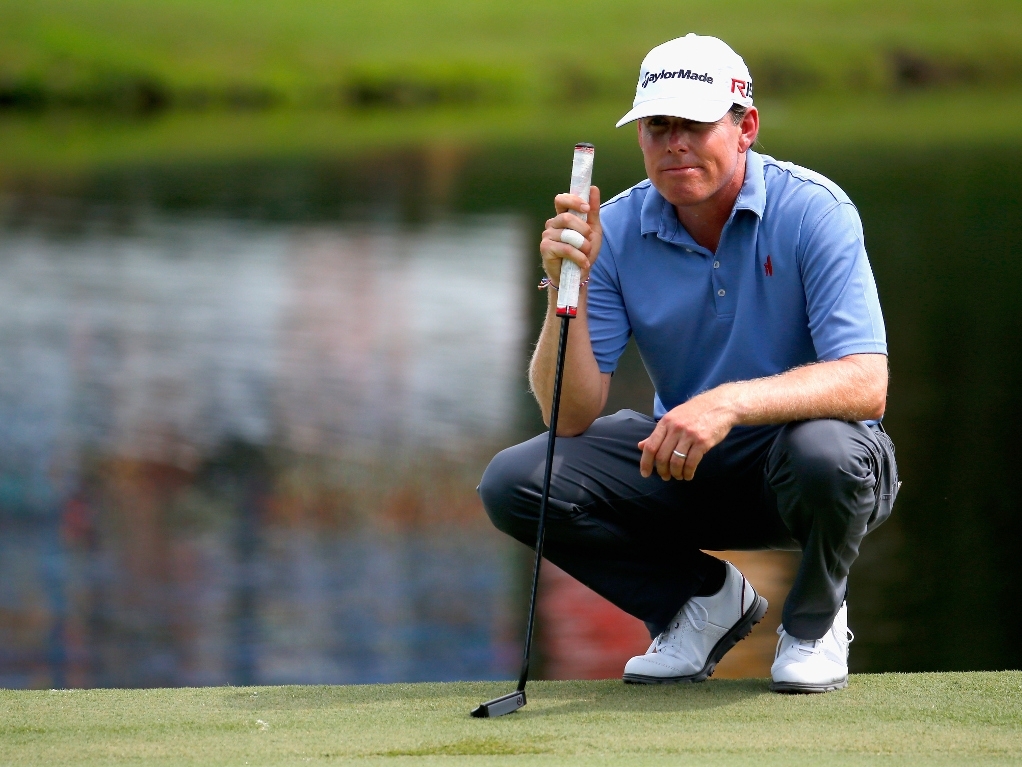 Former Open champion Justin Leonard carded a six-under-par 65 to join Aaron Baddeley, Shawn Stefani and Derek Fathauer in the share of the lead after the first round of the OHL Classic at Mayakoba.

Bad weather saw the first round of play at the El Camaleon GC in Playa Del Carmen, Mexico called to an early halt, with darkness descending with 21 players yet to finish their opening rounds.

However, those near the top of the leaderboard managed to get through 18 holes, with the leading quartet one shot clear of D.J. Trahan, Charles Howell III, Michael Thompson and Patton Kizzire, who shot rounds of five-under-par 66.

Playing in his first event since the season-opening Fry's.com Open, Leonard, who plans to turn out in just 12 tournaments this year, enjoyed a bogey-free round that included six birdies.

Like Leonard, Fathauer, who is looking to become the fifth consecutive first-time winner on Tour, went without dropping a shot on Thursday, with a run of three birdies from the third to the fifth laying the foundation for his charge.

Having lost his PGA Tour card, Baddeley qualified for this week's event after finishing fourth at last week's Sanderson Farms Championship. The Australian is a three-time winner on the Tour, but has gone without a title since February 2011, when he won the Northern Trust Open.

The 34-year-old followed on from his good showing last week to register four birdies on his opening nine after starting at the 10th, with a bogey at the third soon forgotten after three more birdies closed out his 65

Stefani got off to a fast start after getting underway at the 10th, picking up birdies at the 10th, 11th, and 12th before adding an eagle-three at the par five 13th. A further birdie at the 16th saw Stefani take the turn in 29, but he was unable to carry that momentum onto his closing nine, with a lone birdie at the fifth cancelled out by a disappointing bogey at the ninth.