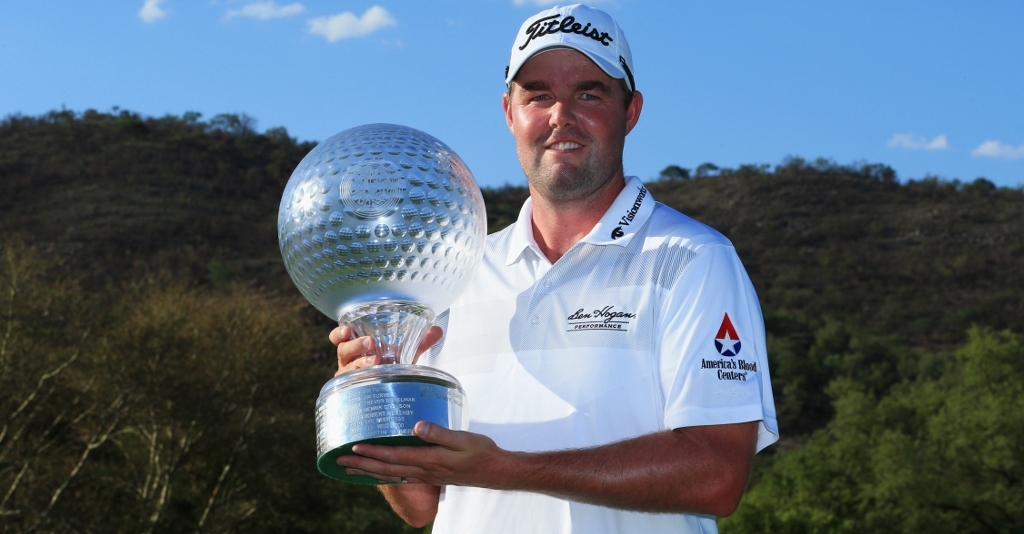 Marc Leishman birdied his way to his maiden European Tour win at the Nedbank Golf Challenge on Sunday.

The Australian was superb in the final round, carding a five under 67 which left him on 19 under for the event at the hot and steamy Gary Player Country Club in Sun City, six strokes ahead of Henrik Stenson.

Leishman started the day one stroke ahead of of Stenson after the Swede dropped two shots on the final holes on Saturday.

While his bogey on the third put Stenson back in the hunt, Leishman was simply sublime after his birdie on the par three seventh, rolling in six birdies over the next ten holes to surge ahead of the field.

While his iron shots into the greens on the 15th and 16th would do any golf highlights reel justice, it was Leishman's approach on on the par four 13th that stole the show, as his delightful 120 yard pitch fizzed off the putting surface and came to rest just two inches from the cup.

Stenson, in the meanwhile, did manage to go-toe-to-toe with Leishman in stretches, rolling in gains on the eighth, ninth and tenth. But a string of pars followed by a bogey on the 15th effectively ended his chances.

"I knew it was going to be a really tough day, I knew I had to play well," quipped the 32-year-old during the trophy presentation, where he picked up his winner's check for $1.25 million.

"He [Stenson] is an awesome player and I knew he'd make me earn it, which he did.

"I'm really pleased that I could play as well as I did and have a little bit of a buffer there at the end.

"Golf's a lot easier when you don't have to make up lost ground, especially on this golf course where there's trouble everywhere. I was really happy to not have too many bogeys. I definitely found out where the trouble was in the practice round."

England's Chris Wood finished on nine under par and alone in third, while Race to Dubai runner-up Danny Willett, Victor Dubuisson, Robert Sterb and South Africa's Branden Grace were all tied on eight under to finish tied for fourth.