Leishman takes over at the top 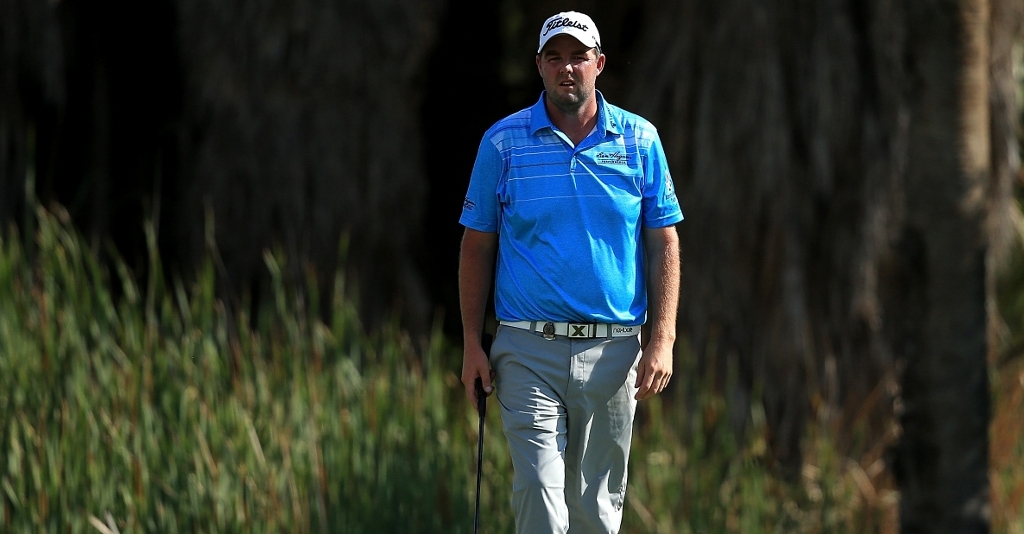 Australian Marc Leishman is pretty relaxed about most things, but he knew he had to keep the top of the leaderboard within reach on Saturday in the $6.5-million Nedbank Golf Challenge at Gary Player Country Club.

He put his foot to the pedal around the turn, and made an eagle on the 10th to change the momentum of his round, and, even though he gave back one of those shots with a bogey on 11, he made three more birdies on the way to a six-under-par 66 and a one-stroke edge of Swede Henrik Stenson ahead of the final round.

“I saw Henrik was getting away a little bit so I had to try to do something to make it interesting for tomorrow,” said Leishman. “The eagle at ten was a good one. I hit a good drive and a four-iron to about six feet and rolled the putt in. Obviously it was a bit disappointing to follow it up with a bogey but I managed to make a few birdies coming in which was a good way to finish the day.”

Stenson, who has been battling the effects of flu throughout the week, seemed on his way to a fairly comfortable two-stroke lead, until a pair of uncharacteristic bogeys on 16 and 18 derailed what seemed a serene march to a second wire-to-wire victory to go with his 2008 effort.

“I was feeling better when I started but playing in the heat certainly takes it out of you, so after the first 10, 11 holes I was really struggling,” said Stenson. “I tried to make up some ground, which I did, but I gave it back in the last three holes.”

And the man who was right in Stenson’s rear-view mirror at halfway, South African Jaco van Zyl had the kind of round he’d rather forget. His level-par 72 has left him four shots off Leishman’s lead – not an insurmountable obstacle, but one he’d rather was a little smaller.

“It was just one of those days,” said Van Zyl. “I just missed it by either a foot short of a foot long, or a foot left or a foot right and I just happened to be in the wrong spots the whole day.

“I don’t feel like I’m out of it by any means. But to win an event, you kind of need a couple of lucky breaks and things need to turn around for me. I’ve got to make them turn around. It’s a combination of will, determination and with that what the golfing gods throw at you on the day.”

For Leishman, who was one of three players who lost out to Zach Johnson in The Open Championship in a play-off in July, it was a case of figuring the course out just a little more than he has been doing day by day. “I got the speed of the greens a lot better today,” he said. “I’d been missing a lot of putts low all week from hitting them a bit soft, so I fixed that today and managed to hole some putts, which was the main difference.”

And he goes into the final round relaxed. “I’ll be very relaxed – there’s not too much to stress about,” he said of the night ahead of him. “Obviously I really want to win, but it’s golf. I generally sleep well so hopefully I’ll do that tonight, and I’ll try to make some birdies tomorrow. There’s a lot of golf to go and anything can happen.

“I’ve been in this position a few times in big events so it’s great to draw on that experience. I’ve come up short a couple of times but I’ve won tournaments before and I’m looking forward to having a chance tomorrow.”