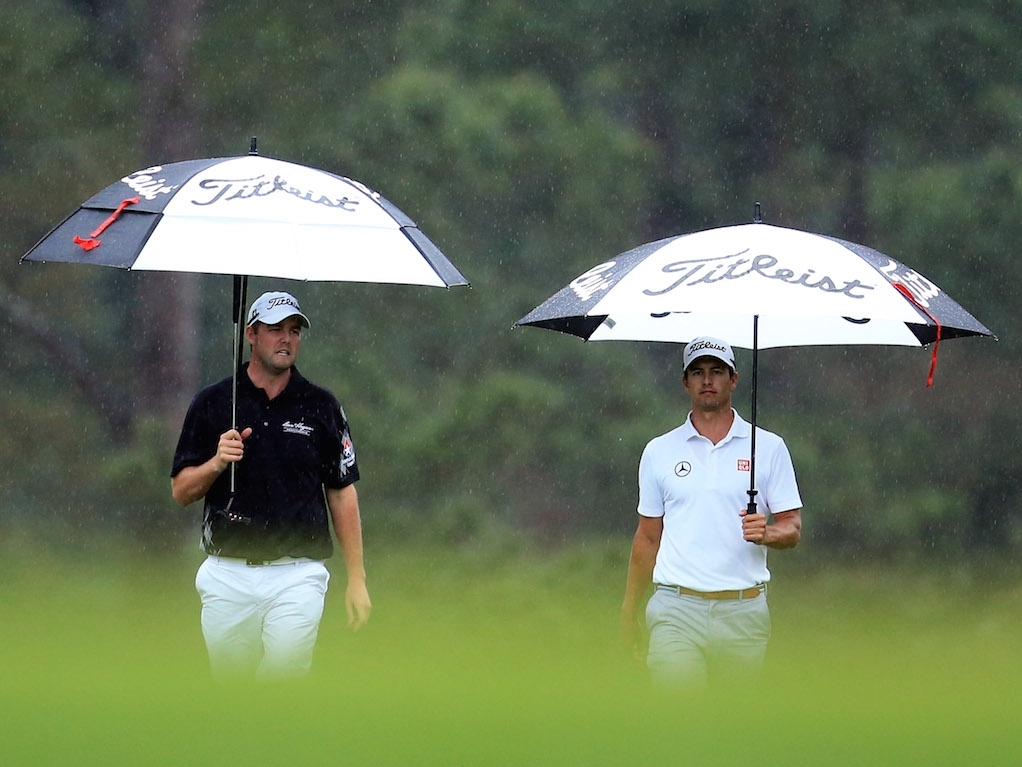 Adam Scott has picked Marc Leishman as the injured Jason Day’s replacement for the upcoming World Cup of Golf.

Day withdrew from the two-man international event to rest his ailing back leaving Scott without a partner.

Leishman, who has won six professional events around the world, was the obvious choice for Scott to team up with when it emerged that Day was unavailable.

Scott and Leishman have teamed-up with great success before. At the Presidents Cup in 2015, the two were paired together during the Saturday foursomes where they defeated Bubba Watson and J.B. Holmes.

The first and third days of competition will be the foursomes (alternate shot) format and the second and final days are four-ball (best ball) play.

Speaking after it was confirmed that he would be representing Australia in Australia, Leishman could not hide his delight.

“I’m extremely excited about playing in the World Cup of Golf with Adam,” Leishman beamed.

“I can’t wait to represent my country back home in Australia.

“Also, my best to Jason for a quick recovery.”

Scott and Leishman will represent Australia as one of 28 two-man teams.