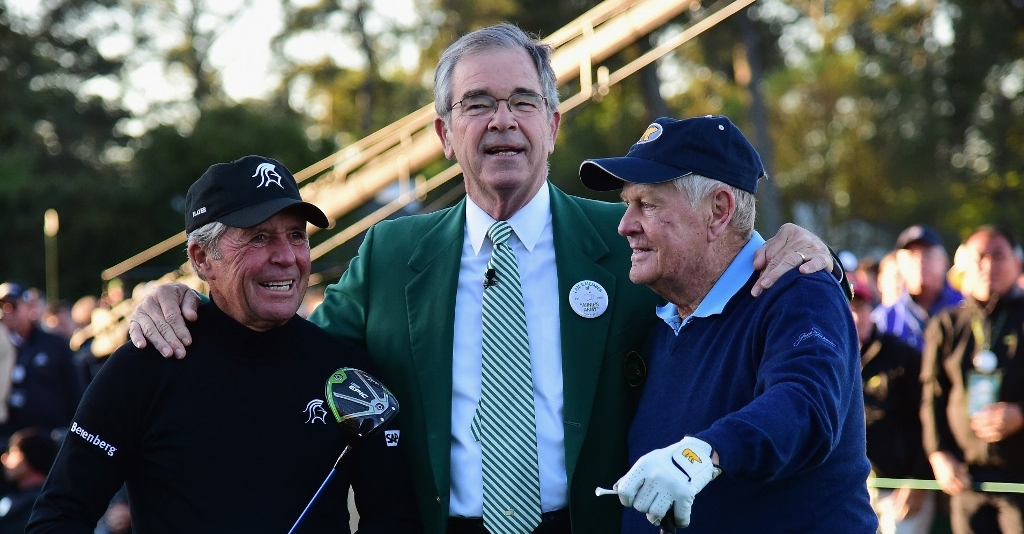 Jack Nicklaus was brought to tears as he and Gary Player officially opened the first Masters without the great Arnold Palmer.

It has been a tradition at Augusta in recent years for Nicklaus, Player and Palmer to hit the first ceremonial tee shots and officially get the Masters under way early on Thursday morning, but this year there were only two giants left standing.

There was an emotional moment of silence for Palmer, who died aged 87 last September, before Player and Nicklaus struck their tee shots first.

The South African, dressed in his trademark all-black attire, was slightly right of the fairway, while Nicklaus hit his tee shot straight down the middle.

Player tried to keep things jovial and crack a few jokes, but the emotion of the moment got to Nicklaus, who fought back tears.

Certainly the duo seemed noticeably more appreciative of the moment than maybe in years past.

“It is a wonderful, but in one respect, difficult day,” said Masters chairman Billy Payne, who joined Nicklaus and Player on the first tee, along with Palmer’s widow.

“For the first time in many, many decades, someone is obviously missing from the first tee here at Augusta National and the Masters. The almost unbearable sadness we all feel at the passing of Arnold Palmer is surpassed only the love and affection for him which will forever reside in our hearts.”

“It’s really, it’s something that you never forget,” said Player. “And it’s choky. I got on the first tee this morning and I was choky, thinking of the people, the warmth. The greatest thing that can happen to a person is to receive love. The greatest word is ‘God.’ These people were inundated with love. There were young kids there, at eight years of age, know[ing] Jack Nicklaus and Gary Player and cheering at old people at that time of the morning.”