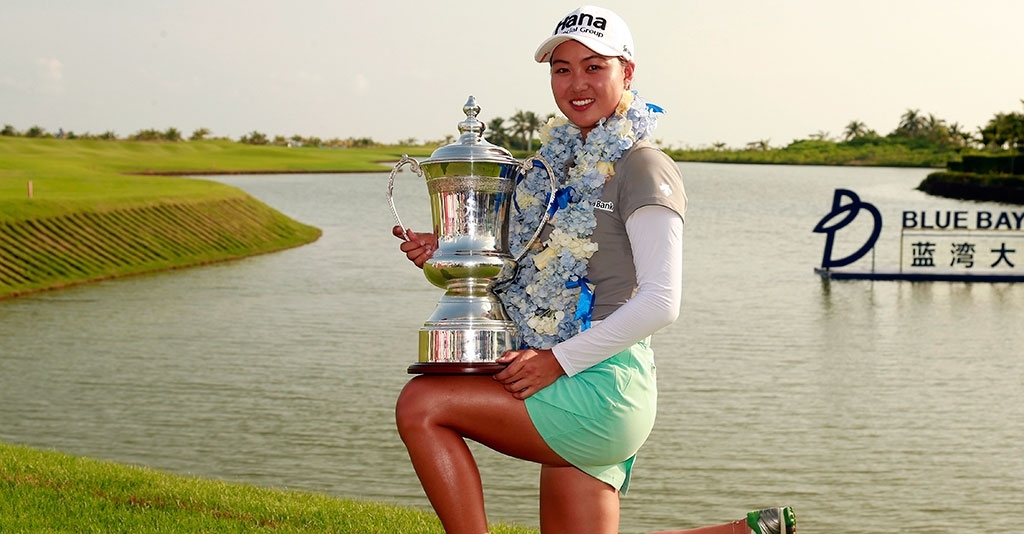 Australian golfer Minjee Lee won her third career title on the LPGA Tour and second of the season when she won the Blue Bay LPGA event at Hainan Island in China, when firing a two-under-par 70 for a one-stroke victory and a total of 13 under on Sunday.

She finished one shot ahead of American Jessica Korda and two-strokes ahead of Thailand's Ariya Jutanugarn.

In an interview afterwards, the 20-year-old Lee said she was very happy with her victory. “Obviously because I won, I'm very happy right now,” Lee told the media afterwards.

“But yeah, going into the final round, I knew that it was going to be a good fight today. So yeah, I think yeah, if we kept trading scores, yeah, it was a good fight out there, and I fought to the end.”

Having led over the first two days in China, Lee carded a disappointing third round of 73 which enabled Korda to catch her, coming back from seven strokes off the pace, to co-lead with Lee going into the final round after a stunning six under 66.

On Sunday, Lee retook the lead early, making a birdie on the opening hole to pull ahead of her playing partners, Korda and Jutanugarn. Then at the seventh hole, a birdie by Lee and bogey by Korda extended her lead to three shots.

Jutanugarn, who started the day two off the pace, made her move after an even par front nine with birdies at the 11th and 14th holes. Then at the par three 17th, Jutanugarn birdied again while Lee missed her putt and bogeyed sending the two tied for the lead going into the 18th hole at 12 under with Korda at 11 under.

Lee then made her birdie at the last, to win by one shot at 13 under, one ahead of Korda, who carded a final round one under 71.

Jutangarn posted a final round two under 70 to finish third for her 14th top-10 finish of the year, including her five victories.