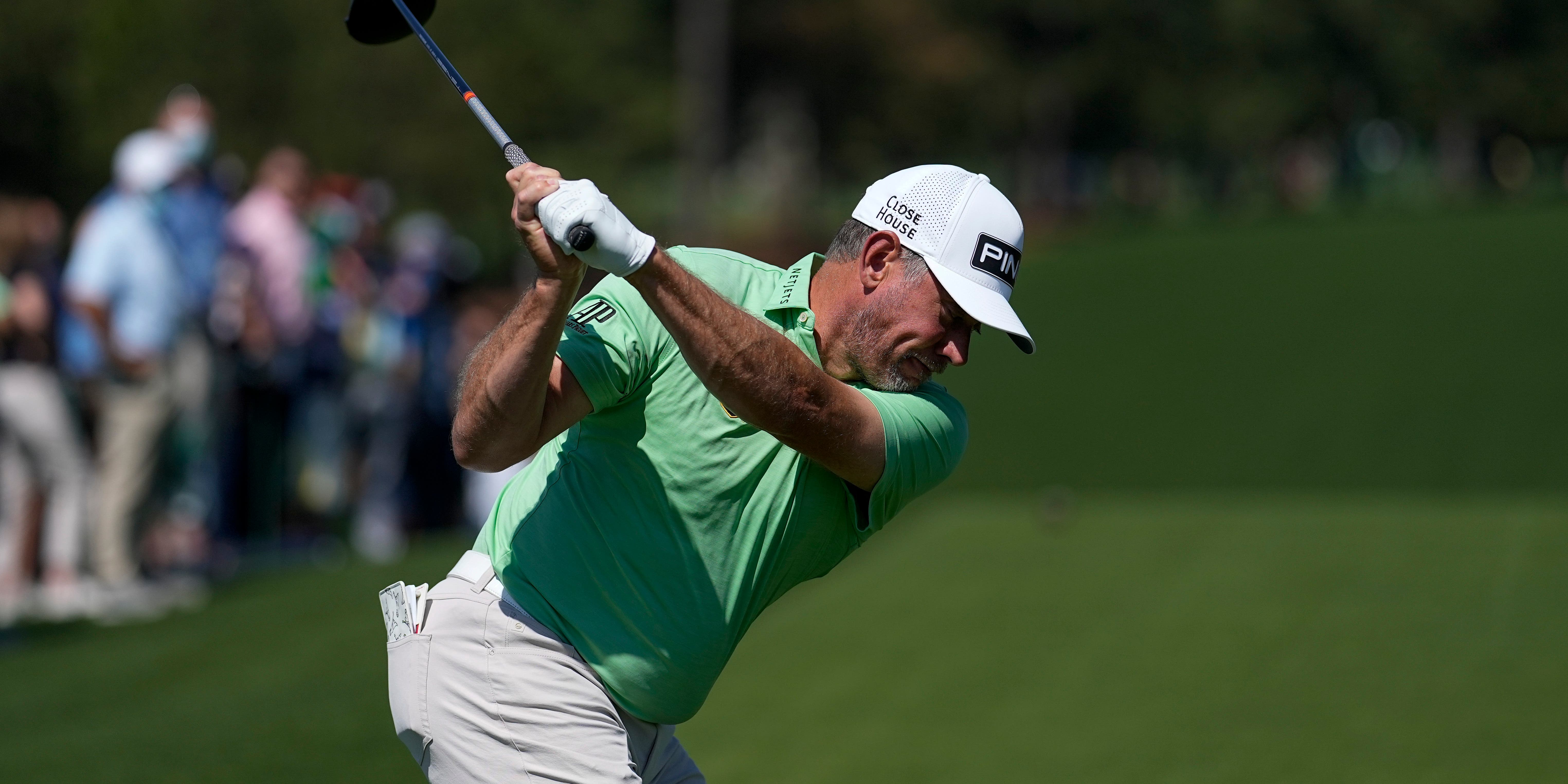 Lee Westwood will take inspiration from his links to Jack Nicklaus as he attempts to break the 18-time major winner’s record of oldest Masters champion.

Nicklaus was 46 and without a major title for five years when he claimed his sixth green jacket at Augusta National in 1986, with son Jackie on his bag.

Westwood will celebrate his 48th birthday just 13 days after the end of the 85th Masters, where his son Sam will caddie as Westwood seeks a long overdue maiden major triumph.

“Even without that, Jack has always been an inspiration the way he played the game, especially his record around here,” Westwood said. “You can’t help being inspired. There’s a few similarities there with age. It would be great to break his record.

“I saw Jack a few weeks ago at the Honda (Classic) and I still remember the first time I played this tournament in 1997.

“I played the final round with Jack and I went out on the Saturday night and bought the picture, the iconic one (from 1986) where he’s following the ball into the hole on 17 with his putter.

“And after we played on the Sunday I had done enough to qualify for the following year, fortunately, and I said to Jack, ‘Would you mind signing this picture for me?’ And I still have it to this day all framed up where he’s put, ‘Lee, enjoyed our round, best wishes, Jack Nicklaus’.

“There’s very few people you would do that with. He’s a legend of the game and arguably the greatest player to ever play the game. His record in the major championships and especially Open Championship and here is second to none.

“I always enjoy speaking with Jack and picking his brains and just being in his company, really. To have a chance to break one of his records would be very special.

“It’s amazing that I’m old enough to have my son on the bag and still be competing in these tournaments, and having Sam here to enjoy the experience with me, I have to close his mouth every now and again when we’re going around here; he loves it so much.”

Westwood holds the unwanted record of most top-three finishes in a major (nine) without winning one, with three of those coming at Augusta National.

In total the former world number one has made the cut 16 times in 19 appearances in the Masters and has enjoyed some excellent form in 2021 with runners-up finishes in the Arnold Palmer Invitational and Players Championship.

“It is validation, really, that I’m still good enough at my age to be out here and contending,” Westwood added. “I think it’s the culmination of a lot of different things.

“I’ve obviously been working hard at my game, but I have a good team around me. Steve McGregor, we work on the physical fitness side of the game. Ben Davies, I work on the mental side of the game and that’s made a big difference. Liam James on the swing. Try not to forget anybody. There’s a big team.

“It’s not just one thing that makes you play well. Golf’s got so many different facets. Phil Kenyon on my putting, as well. I went to the pencil grip about two years now which has made a huge difference.

“I maybe don’t play as well as often any more, but when I do play well, I tend to contend, and with the work I’ve done on the mental side of the game, I feel a lot more comfortable out there.

“I heard Jordan Spieth say something last week about he feels comfortable under pressure again and he can cope with it. And that’s how I feel when I do get into the heat of battle and close to the lead. I feel comfortable again.”