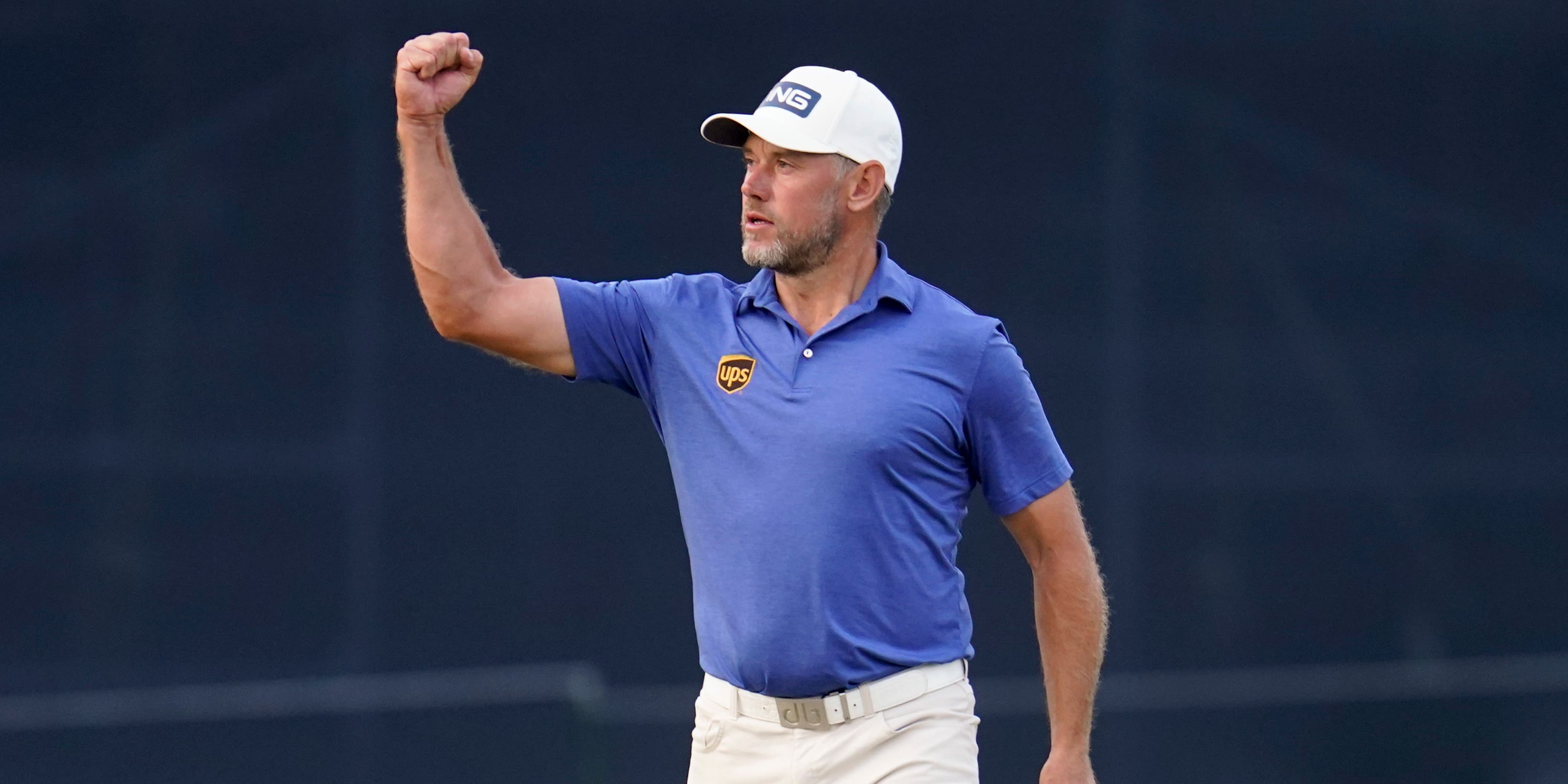 Lee Westwood maintained his lead at the Players Championship in Florida but faces another Sunday battle with Bryson DeChambeau.

Westwood finished runner-up to DeChambeau at the Arnold Palmer Invitational last weekend and holds a two-shot lead over the American after three rounds at Sawgrass.

Westwood, who is looking to become the first Englishman to win the event, has been rock solid so far and did not drop a shot in a four-under-par round of 68 on Saturday to move to 13 under.

After shooting all pars on the front nine, the 47-year-old began to take his chances coming home with birdies at the 10th, 12th, 16th and, most memorably, the fearsome 17th.

DeChambeau carded a 67, making his move with hat-trick of birdies from the 10th to reach 11 under.

The 27-year-old praised Westwood, saying: “His driving is impeccable, his iron play is impeccable and he makes putts when he needs to. Fortunately for me last week I was able to get the job done, and I think tomorrow is going to be an incredible battle.”

The round of the day came from American Justin Thomas, who carded an eight-under 64 to move to 10 under par. He birdied the first four holes while the highlight was an eagle at 16.

Thomas said: “I wish all rounds were that easy. I hit the ball beautifully, I drove it well. I just know that I have to stay patient out here because you can make a lot of birdies.”

Thomas is tied with fellow American Doug Ghim while Paul Casey is the second Englishman on the leaderboard a further shot back after a second consecutive 67.

He hit an eagle at the second and went out in 31 before three birdies and three bogeys on the way home.

“Cracking front nine, wasn’t it?” said Casey. “And then messed things up a little bit on the back nine, but that’s the way this golf course is. You’re always on the hairy edge of disaster.”

Spaniard Jon Rahm and American Brian Harman also sit on nine under while England’s Matt Fitzpatrick, who began the day in second, is among a group on eight under following a disappointing 72.