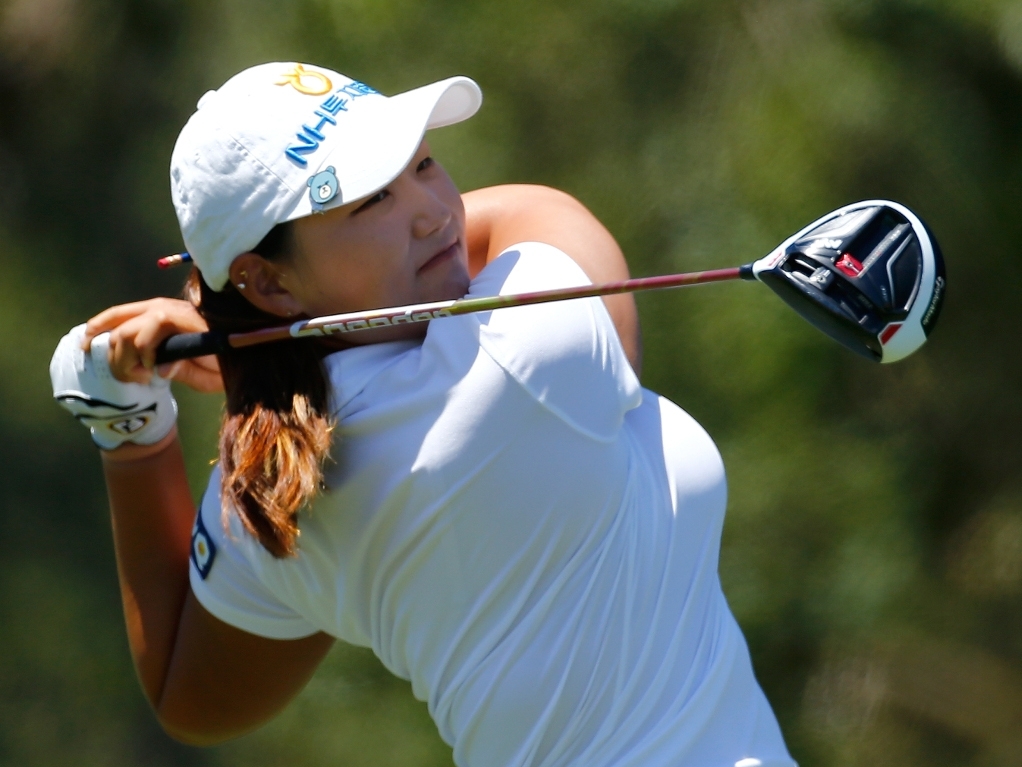 Mirim Lee claimed a three-shot lead at the U.S. Women’s Open on Thursday when she fired a record-tying eight-under-par 64.

Cristie Kerr, who won the event in 2007, Minjee Lee and Amy Yang are in a tie for second after carding five-under-par 67s.

Anna Nordqvist, Brittany Lang and Malaysia’s Kelly Tan are four strokes adrift of the lead in a tie for fifth.

World number one Lydia Ko struggled on Thursday as she recorded a one-over-par 73 and sits in a tie for 52nd with defending champion In Gee Chun. World number two Brooke Henderson fared even worse as she registered a four-over-par 76.

Lee’s performance was significantly better than last year, where she was over par in every single one of her rounds. She thus finished on seven-under and concluded the tournament in a tie for 47th.

Once again, Lee made up for the bogey by registering five birdies over her last seven holes.

Kerr began in similar fashion as Lee as she made a bogey at the 10th before going on to make a trio of birdies. Heading into her back nine, Kerr made four birdies on her first seven holes before concluding her round with a bogey at the eighth.

Minjee Lee kicked off her round with an eagle at the par-four sixth before following it up with a birdie at the eighth to round off a fantastic front nine. She continued to excel on her back nine as she made three birdies and a bogey.

Yang started her round with two birdies and a bogey before shifting her game to the next level on the back nine, where she made four birdies.

Ko, who won the ANA Inspiration in April this year, was in trouble right from the get-go as she started with consecutive bogeys at the 12th and 13th. Despite making successive birdies at the 14th and 15th, Ko was unable to turn her fortunes around on her back nine as she made two more bogeys and a birdie.

Chun, who won the U.S. Women’s Open in her first appearance last year, struggled to have an impact during the first round as she made two bogeys and a birdie, all of which came on the front nine.

Meanwhile, Henderson faces an uphill battle heading into the second round on Friday as she made two birdies and six bogeys during her round of 76.