Lee the sole leader at Evian 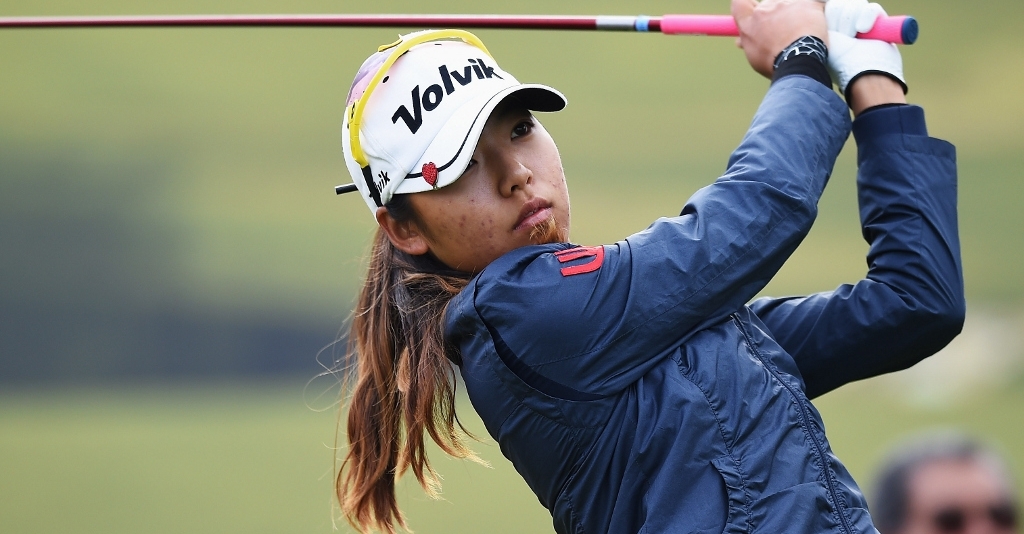 Joint overnight leader Mi-Hyang Lee grabbed the sole lead at the Evian Championship on Friday after a second-round 67.

The South Korean shared the top spot with Lexi Thompson after the first round, but while the American fell off the pace with a one-over-par 72, Lee produced another quality round to take a one-shot lead heading into the weekend at the year's final women's major.

The 22-year-old fired four birdies in her first nine holes for an outward 31 and then picked up another shot at the par-five 13th to move to 10 under par.

A closing bogey at the 18th would have come as a disappointment, but she still signed for a four-under-par 67, and at nine under par she finds herself one shot clear of American Morgan Pressel, whose 65 was the lowest round of the day.

Lee credited her good play to the help she was receiving from her new caddie, 69-year-old Mike Harig.

"I'm a young player and he's pretty old, the oldest caddie on the tour," she said. "He has a lot of experience, so that's a lot of help for me."

Pressel mixed an impressive eight birdies with only two bogeys to rocket up into second place on the leaderboard.

Those two dropped shots came in her first five holes in the rainy and cold morning weather, but once it cleared up she managed to make some serious gains.

"I didn't let that bother me, and just kept trying to plug along and make more birdies, and was able to do so," she said.

Lying in third place is Denmark's Nicole Broch Larsen, who is coming off a victory at last week's Ladies European Tour event, the Helsingborg Open in Sweden. She added a 67 to an opening 68 to lie on seven under, two shots off the lead.

China's Shanshan Feng shot a 68 to lie in fourth a further shot back.

As many as six players follow on four under par, five off the lead, including New Zealand's Lydia Ko, overnight co-leader Thompson, and Thailand's Pornanong Phatlum.

World number one Inbee Park, chasing a career Grand Slam in France this week, carded a 69 to finish on one under par, eight shots off the pace.