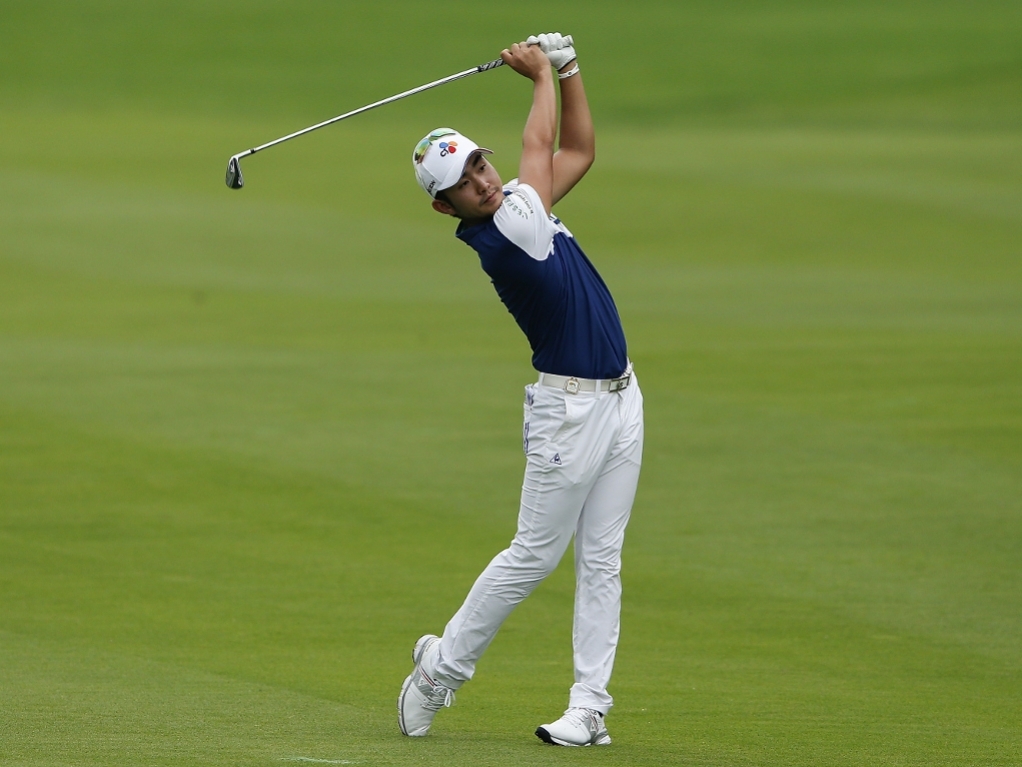 Soomin Lee continues to lead the Shenzhen International after the delayed third round on Saturday.

The South Korean has been simply flawless at Genzon Golf Club, as he is yet to drop a shot. Lee made it to the 11th before the players were called off the course, leaving him on 14 under for the event, two shots ahead of Japan's Callum Shinkwin.

Nearly seven hours of play have been lost to the inclement weather, meaning 35 players still have to finish their third round.

"I was just trying to keep it bogey-free and not make any mistakes and that will be the same tomorrow," Lee told europeantour.com.

"I will just try and hit the fairways and hit the greens and just focus on keeping bogeys off the card.

"This week is really helping my game and my confidence. When I played in Malaysia, I felt very nervous but if I have a chance towards the end tomorrow, I think I will be better this time."

Shinkwin impressed on Saturday, carding scintillating ten-under 62 with eight birdies and an eagle on the par five 17th.

That hole also featured the European Tour's second albatross of the season, as Scott Hend incredibly holed out from the rough on his way to finishing his second round.

South Africa's Brandon Stone and England's Lee Slattery are tied for third on ten under.