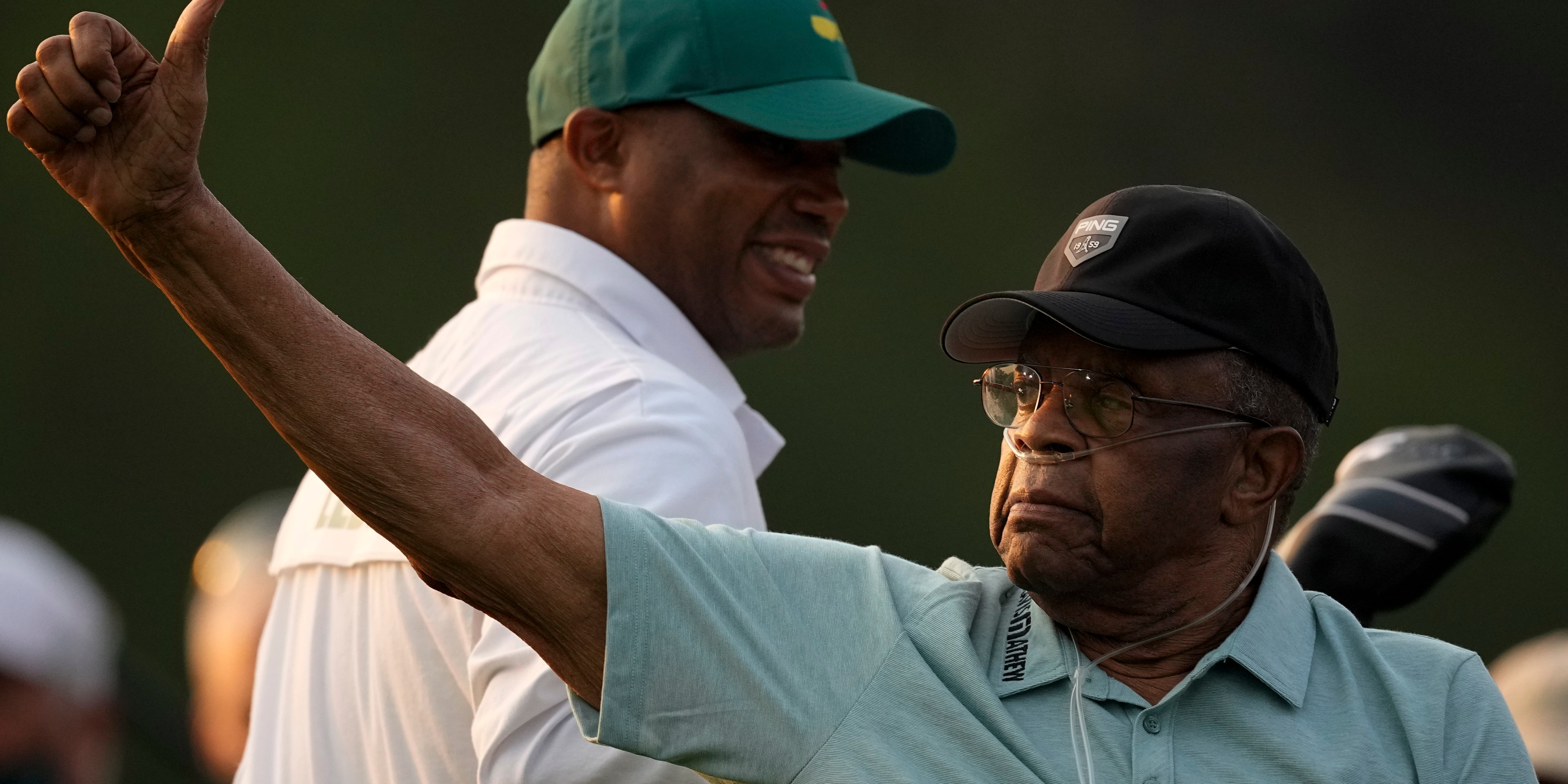 Lee Elder, who was the first black player to compete in the Masters, said his heart was “soft because of wonderful things” after joining Jack Nicklaus and Gary Player as an honorary starter at Augusta National.

Elder made his Masters debut in 1975 and recorded a best finish of joint 17th in 1979 from six appearances.

The 86-year-old was not able to hit a ceremonial drive on the opening hole but was warmly applauded after being introduced to the spectators by Masters chairman Fred Ridley.

“Today, Lee Elder will inspire us and make history once more, not with a drive, but with his presence, strength and character,” Ridley said.

Nicklaus, 81, and Player, 85, hit drives on the first before retiring to the clubhouse and giving a press conference alongside Elder.

“For me and my family, I think it was one of the most emotional experiences that I have ever witnessed or been involved in,” Elder said.

“It is certainly something that I will cherish for the rest of my life because I have loved coming to Augusta National and playing here with many of my friends that are members here, and at the request and invitation of (former tournament director) Buzzy Johnson, who has also had me.

“My heart is very soft this morning, not heavy soft, soft because of the wonderful things that I have encountered since arriving here on Monday and being able to see some of the great friends that I have made over the past years, especially like these two gentlemen that are here.

“We have competed against each other, and we have certainly enjoyed a lot of pleasant moments.

“I just want to say thank you so very much to have me here. It’s a great honour, and I cherish it very much, and I will always cherish it, and I want to thank the chairman for extending me this great privilege.”