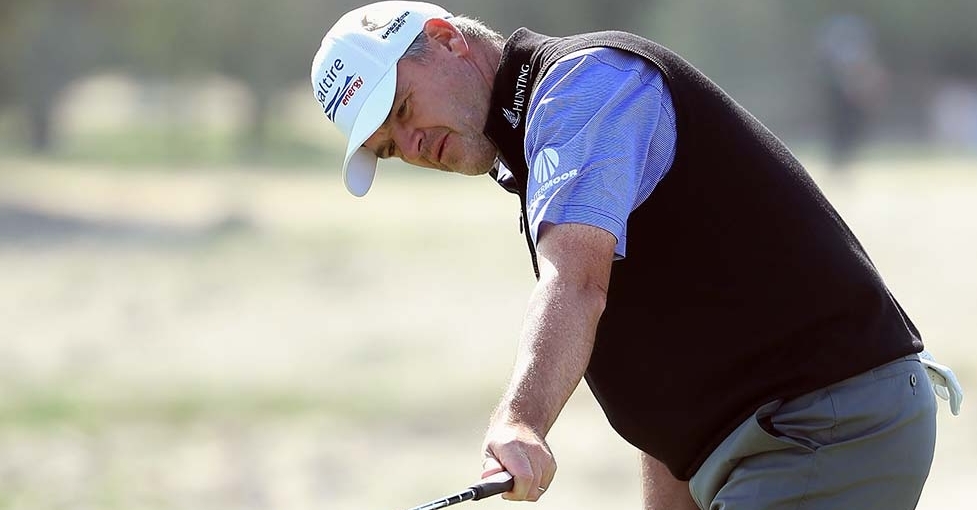 Scotland's Paul Lawrie leads the Qatar Masters by one shot after the second round in Doha on Thursday.

Lawrie clearly likes the course setup having won in Qatar twice before in 1999 and 2012.

After his round, Lawrie said that he was satisfied with the way he had played over the first two rounds.

"There's a long way to go," Lawrie said. "A lot of golf to be played and a lot of top players still up there, but so far, so good.

"It was pretty much the same as yesterday to be honest. I played nicely tee to green, hit a lot of good shots and only made one mistake, three-putting from 20 feet on the 15th.

"When you play as nicely as that and control the flight of the ball like I did yesterday, you know if you hole a few putts you are going to shoot low, so it was a good day.

"I got a little frustrated after 15 because I thought 'you are not taking advantage of the conditions', but then I played some nice golf and made a few birdies."

A shot back is Belgian Nicolas Colsaerts who fired a 68 with an eagle on the first hole plus three birdies; his only bogey of the round was on the par four 14th hole.

Three players are tied for third place on nine under, namely – Frenchman Gregory Bourdy (68), Spain's Rafael Cabrera-Bello (68) and Andrew Johnson of England who shot a 69.