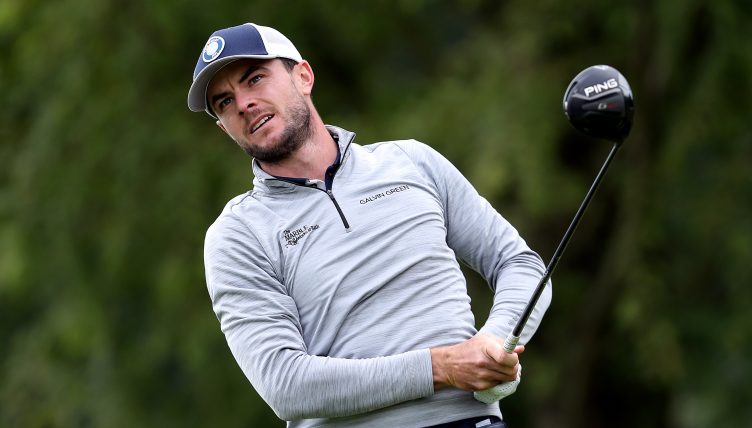 Laurie Canter will look to recover from the heartbreak of missing out on his first European Tour title as he continues to reap the benefit of swapping practice for competitive “money games”.

The 30-year-old from Bath looked set to lead from start to finish in last week’s Italian Open after following a stunning opening 60 with rounds of 68 and 69 at Chervo Golf Club.

However, a closing round of 72 opened the door for fellow Englishman Ross McGowan to snatch victory on the final hole, McGowan having taken the outright lead for the first time all week by holing a bunker shot on the 16th.

To his credit, Canter got back on level terms with a birdie on the 17th, but he could not match playing partner McGowan’s birdie on the last and had to settle for his second runners-up finish in his last four events.

“I was really happy with last week, especially how I played Thursday and Friday,” Canter said ahead of the inaugural Aphrodite Hills Cyprus Open.

“It was great to be up there all four days, a new experience. Still a bit disappointed not to get it done but, to be honest, I’m ready to throw myself into this week.

“I’m getting asked why I’m playing well a lot. I can’t put my finger on anything specific. I’m trying to play a bit more golf at home, a few more competitive games.

“I’ve joined Wisley Golf Club with some of the other guys who play on Tour, which has been really good for me – putting some money on the line, a few money games – and have that competitive practice I’ve really craved when not on Tour.

“I’m members with Richard Bland, James Morrison, Justin Harding and Jordan Smith. I’ve played a fair few games with those guys when the golf courses were opening up. If you go out there and play like a donkey, you’re probably filling up their car for the next week.

“I’ve always leaned towards spending too much time on the range, but if you go out there with someone who will play well, it’ll test you and you can raise your own level.”

With many top players focusing on their preparation for the upcoming Masters, Andy Sullivan, Thomas Detry, Sam Horsfield, Sami Valimaki and Robert MacIntyre are the only members of the world’s top 100 to have made the journey to Cyprus for the GBP 900,000 event.

Horsfield, who won twice in the space of three weeks earlier this season but had to miss the US Open after testing positive for Covid-19, has already enjoyed a week’s holiday on the island with fellow professional Sean Crocker.

“The weather here is beautiful and it’s nice to have the legs out in some shorts,” Horsfield said. “I got up to a whole lot of nothing. We rented a house right on the ocean, sat outside, played music and chilled out.

“If you asked me three weeks ago, I’d have said my game wasn’t great. Last week I was able to reset. I came here on Sunday, hit a few balls and my swing felt better. I’m looking forward to seeing what it’s like under tournament pressure.”