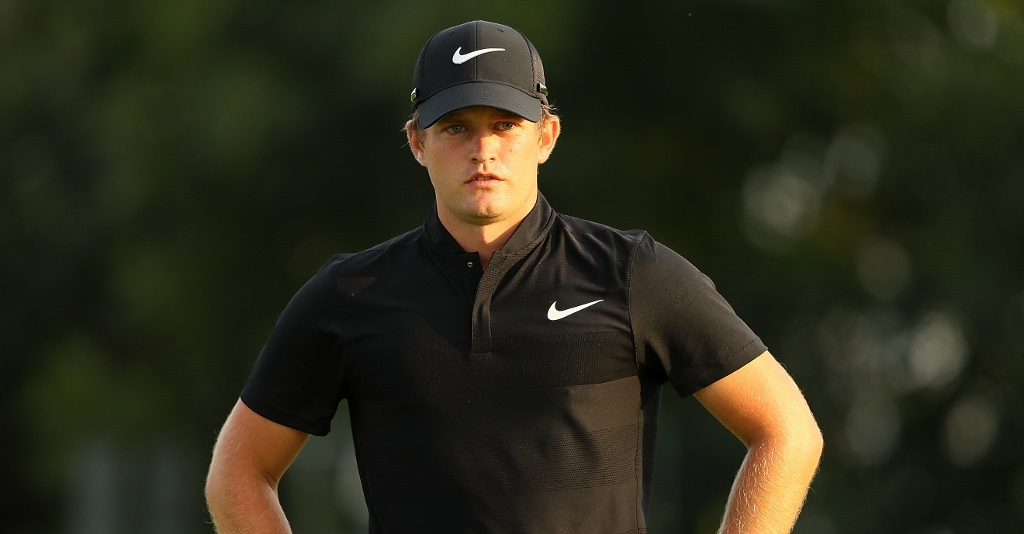 England's Tom Lewis was in sight of a 59 – or even better – before a poor finish forced him to settle for a nine-under-par 62 in Thursday's opening round of the Made in Denmark.

The 25-year-old Englishman, once considered one of his country's brightest young talents but currently ranked just 647th in the world, found himself on an incredible 12 under par through 13 holes at the Himmerland Golf Resort and in sight of a truly historic round of golf.

Starting from the 10th, Lewis birdied seven of his opening eight holes to race to an outward 28.

He then added three more birdies after the turn to move to 10 under, before an eagle at the par-5 fourth saw him pick up two more strokes.

Had he just played his remaining five holes in even par, he would have carded the European Tour's first ever 59, while even one more birdie would have seen him post a 58.

But as so often happens, the magnitude of his potential achievement must have sunk in, and from playing his first 13 holes in 12 under, Lewis went on to play his last five holes in three over, suddenly dropping shots at the fifth, eighth and ninth holes.

That meant he had to settle for "only" a 62, a mark matched by two other players on the day –  Sweden's Joakim Lagergren and Belgium's Thomas Pieters – who share a one-shot lead with Lewis heading into Friday's second round.

It's still a great return for a player who has struggled greatly with his game in recent years, but Lewis was left dreaming of what might have been.

"I'm massively disappointed right now," he admitted. "It's a difficult one teeing it up late and having a lot of people out there to see something good, and not to come back with something special is a shame.

"Apologies. I tried and next time we can hopefully finish it off.

"There were no nerves but I tried too hard. Everyone does that when they think and I just started thinking, which maybe is the reason I backed up. Next time I will learn. It shows to me I can shoot 59."