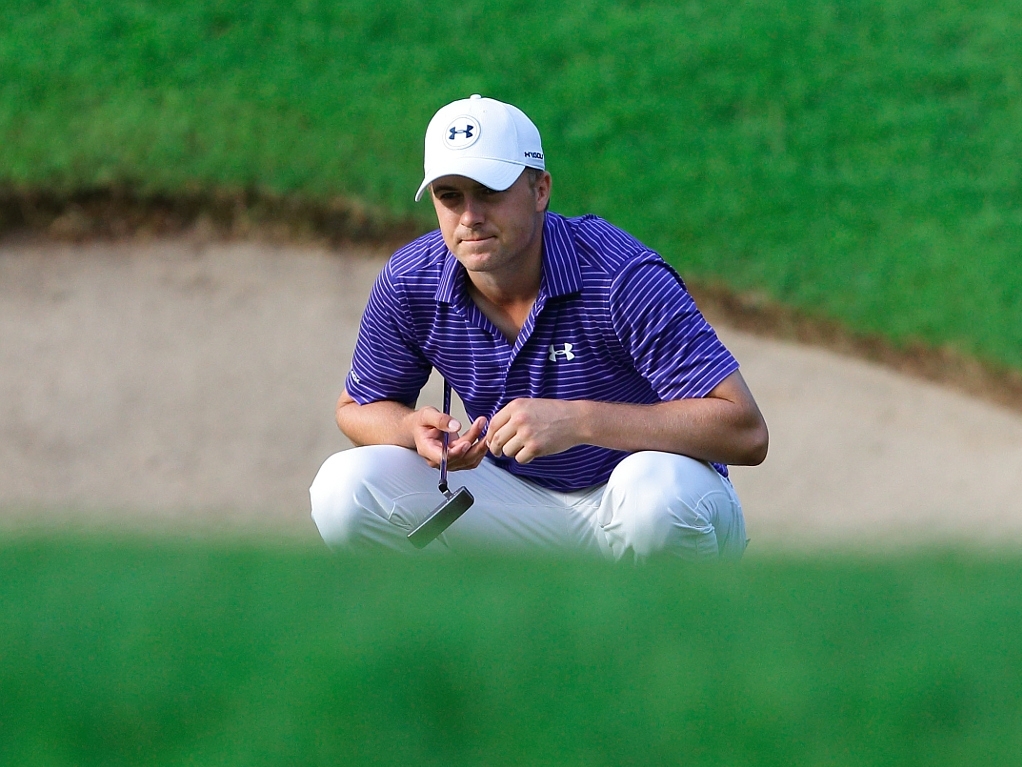 A bogey on the final hole saw Jordan Spieth card a one-under-par 70 in the second round of the weather-affected Singapore Open on Saturday.

The world number one was one of 78 players who had to return to the Sentosa Golf Club to finish their second rounds on Saturday, but after struggling with his short game for much of the round, Spieth claimed a share of seventh place on five-under.

What would have been an already frustrating round for the two-time major winner was exacerbated when his par putt on the par-five 18th lipped out from five feat.

"The bogey did hurt on the last," Spieth told reporters from the clubhouse on Saturday.

"I made all my putts inside six feet yesterday but missed five or six today. I've just got to get comfortable on the shorter length putts."

Song Young-Han was one of the few players to complete his round on Friday and the Korean remained at the top of the leaderboard following the conclusion of the second round. His impressive eight-under 63 saw him move to nine-under, one shot in front of Keith Horne of South Africa (68).

World number 26 An Byeong-Hun fired a two-under 69 to claim a tie for third place on seven-under, alongside Japanese duo Shintaro Kobayashi (69) and Hideto Tanihara (67).

Spieth is scheduled to have a two-hour break before starting his third round, although more stormy weather is expected later in the day, which may wreak havoc with the scheduling for the remainder of the event.

"These kind of delays have happened before, in professional and college golf, you have to get used to it," Spieth added.
"Got to be prepared to play a lot of golf.

"Need to post a good one this afternoon. The course is gettable."