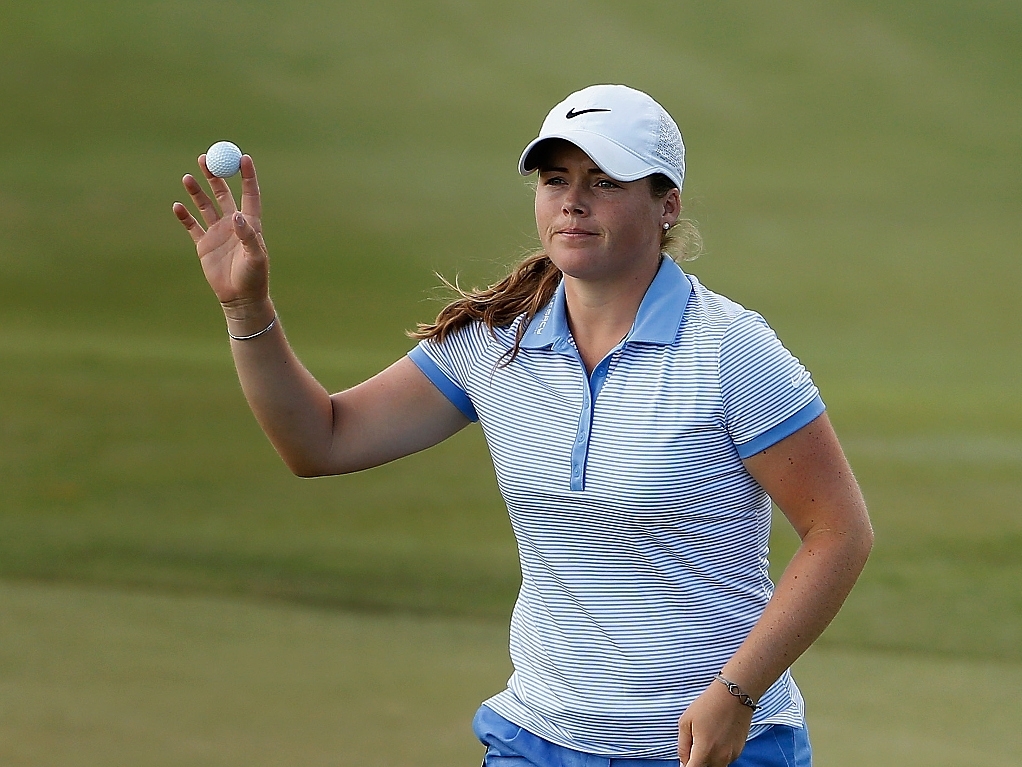 Katie Burnett claimed a one-shot lead after the third round of the LPGA Lotte Championship after notching a bogey-free five-under-par 67 on Friday.

The American, who is ranked 192nd, goes into the final round at 13-under, jut ahead of Korean Jang Su-yeon, who carded a 67 as well.

U.S. Open champion Chun In-gee (65), meanwhile, carded the best round of the day and is two shots further back and in a tie for third alongside Thailand's Moriya Jutanugarn (68).

Burnett's round featured only one birdie on the front nine, before the player with only one top 10 finish to her name made her move coming home.

Routine birdies on the 11th and 14th was followed by a lovely approach on the 15th, where she picked up another shot. Then, on the final hole, she left her approach short, but managed to chip in from the edge of the green to take control of the tournament.

The 21-year-old Jang doesn't have a LPGA victory behind her name either, received a sponsor exemption after a victory last week in Korea, and would receive her Tour card with a victory this week.

The Korean notched four successive birdies on her front nine, but despite another run of three birdies coming home, her round was spoilt somewhat by bogeys on the 12th and 16th.

"Su-Yeon Jang and I were both part of the Korean National Team together and went to the same high school together as well," Chun explained through a translator.

"She's a great player. We came up together in the amateur ranks.

"We are good friends since amateur and we played tour together. I think tomorrow being paired up with her I'm going to be able to enjoy my round."

Last year's winner Kim Sei-young (69) looked set to join the leading quartet, but had to settle for fifth place on nine-under following bogeys on the 16th and 17th.

Despite her disappointing finish to the round, Kim was fairly satisfied with campaign at the 54-hole mark.

Australia's Minjee Lee, who led the tournament at the halfway stage, fell back to eight-under after carding a 74, while world number one Lydia Ko (71) is way down the field in a tie for 32nd on two-under.