Larsen stays ahead in Helsingborg 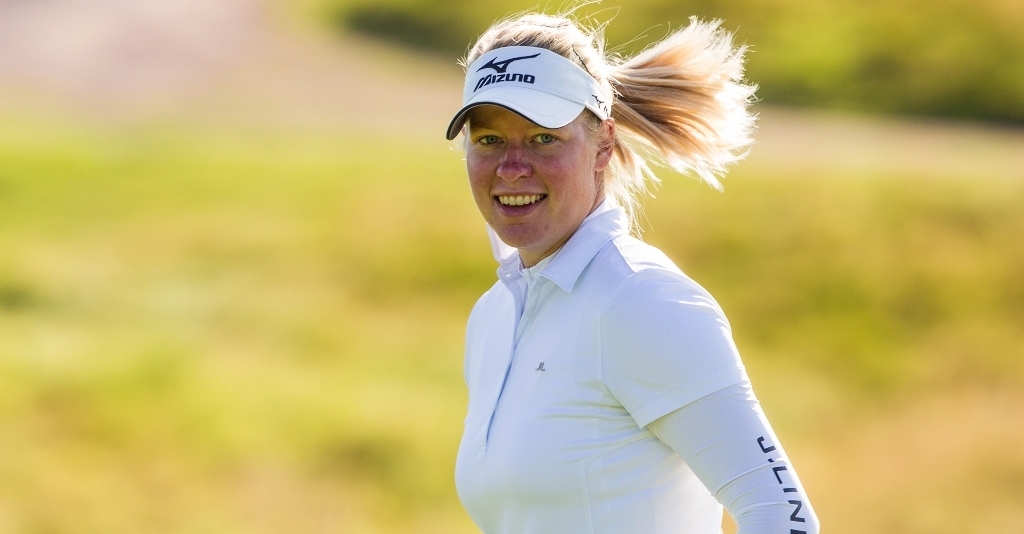 Nicole Broch Larsen of Denmark shot a second round of four-under-par 69 to keep her lead at halfway in the Helsingborg Open in Sweden.

At nine under par, the second-year Ladies European Tour member from Hillerod leads by one over South African Ashleigh Simon, who had a sensational 65 on day two at Vasatorps Golf Club.

Broch Larsen lost her lead with a one over par front nine but stormed home with five birdies. She said: “This is where I want to be.”

“Today I had a bit of a bad start. My front nine was not as good as I wanted but on the back nine I made a couple of birdies in a row and just kept going.

“I’m a long hitter, so I had some short irons into some of the par fives, but then I missed some of the fairways as well and didn’t get up and down. On the back nine, I hit it close and got the putter going so it was nice to bounce back that way.”

Simon reeled off nine birdies in an eight under par 65, completing her round in near darkness after an early morning weather delay due to the threat of electrical storms.

“I’m really chuffed. I got off to a really good start, three birdies in a row, lipped out on my fourth and then holed a really nice putt from off the green on the par-3 14th. Unfortunately I bogeyed the 18th, which was my ninth, but nine was in my head and I nearly got to it,” said the two-time Ladies European Tour champion, 28, from Johannesburg.

“I putted really well today, hit some nice shots and just converted them. I found something this week and worked on it over the phone with my coach, Doug Wood. My grip had got quite strong, so I weakened that a little bit. I’d been hitting it left the last few weeks and was just getting it around.”

Swedish rookie professional Lina Boqvist, who tied for third at the recent Tipsport Golf Masters in the Czech Republic, lies in third on seven under par, with Katie Burnett of the United States a stroke back in fourth.

However, local star Caroline Hedwall, a captain’s pick for this month’s Solheim Cup in Germany, added a 75 to her opening 76 to miss the cut by four shots with a 36-hole total of five over par.