Larsen shows the way in Sweden 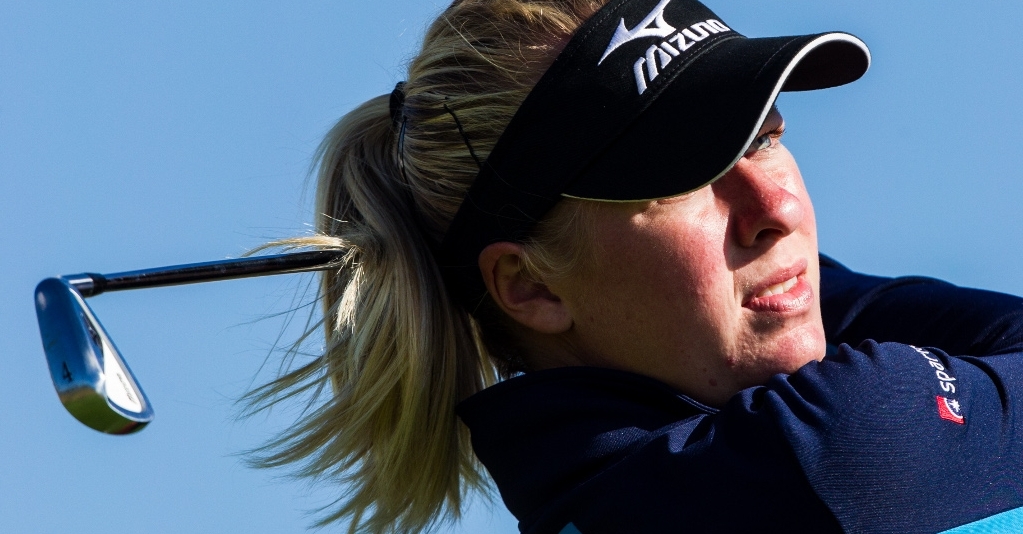 Denmark’s Nicole Broch Larsen opened with a five-under-par 68 at Vasatorps Golf Club to take a one-stroke lead over compatriot Nanna Koerstz Madsen at the Helsingborg Open in Sweden.

The 22-year-old from Hillerod compiled eight birdies including four in five holes from the 13th and three bogeys in fine conditions on Thursday morning.

The second Ladies European Tour player now feels ready to make amends for her heartbreak loss to Hannah Burke at the Tipsport Golf Masters in Pilsen three weeks ago.

The former LET Access Series player said: “I really like the course and I feel good and I think I have something to show people after the last tournament in the Czech Republic. I’ve been working hard the last few weeks to get here and be in contention again so it’s nice that it worked today. I’m trying to keep it up for the next three days.”

Broch Larsen and her fellow Danish players benefited from a practice session at Vasatorps Golf Club in April and Koerstz Madsen, the LET’s leading Rookie, has already played at the course four times.

The 20-year-old from Smørum, just an hour and ten minutes away across the Danish border, has some Major goals, as she hopes to win the tournament to qualify for next week’s Evian Championship in France.

She said: “I had a rough start as I hit a tree and it was almost a lost ball but we found it. It was a bit of a nervous start but then I calmed down. I think I have too many expectations for myself. It’s an important tournament for me and I have a lot of people I know here, watching. I want to have a good event.”

Two-time LET tournament winner Walker, who played in the afternoon, said: “I just played solid and hit my irons well so I gave myself plenty of chances. It was tough conditions when the rain came down and it was quite windy, so I was happy with how I played.”

Lindberg, the top ranked player in the tournament, said: “I maybe could have wished for a shot or two better because I was four under making the turn. If someone offered me a three under this morning I would have taken it.”

The defending champion Dewi-Claire Schreefel and Dame Laura Davies were part of a group of 11 players in a tie for seventh place on two under par.

Local star Caroline Hedwall, who will represent Europe in The Solheim Cup in Germany in a fortnight, had a three over par 76 which included two double bogeys on the seventh and 18th holes. She is eight shots off the pace and will have work to do to make the cut and play at the weekend.