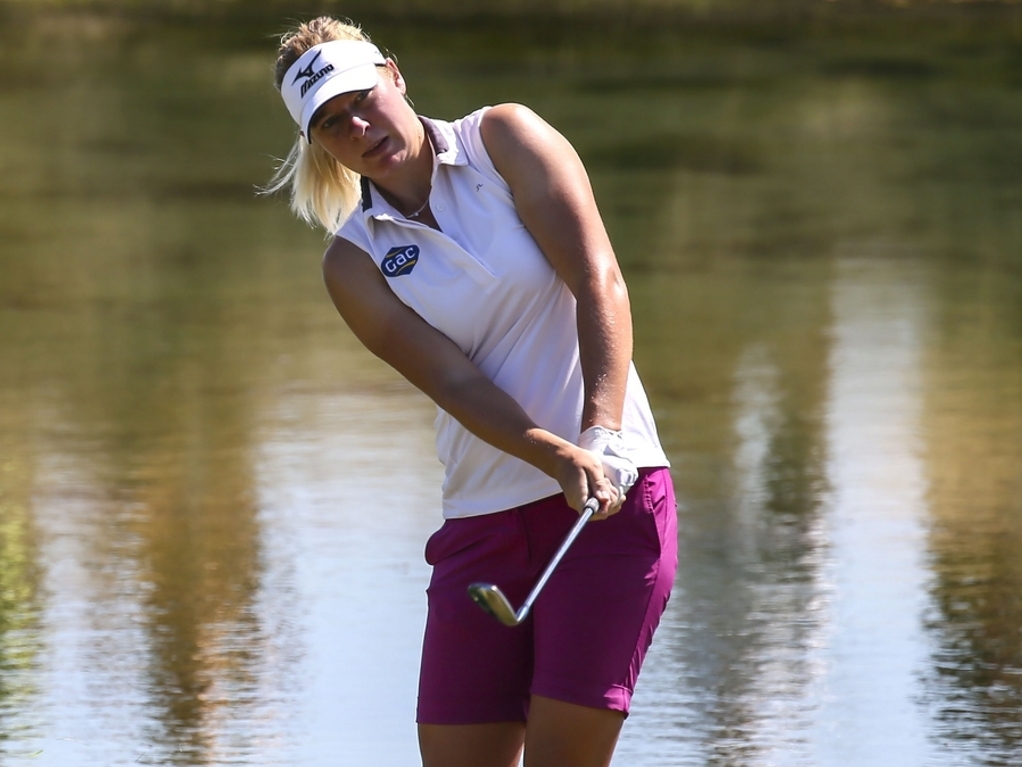 Talented Dane Nicole Broch Larsen shot a six under par round of 66 to take a one shot lead into tomorrow’s second round of the ISPS Handa New Zealand Women’s Open at Clearwater in Christchurch.

The 22-year-old from Hillerød in Denmark, who is the second highest ranked player in the Rolex Rankings competing this week, started at the 10th hole and was quickly into her stride making birdie at the par five.

She made further birdies at the 12th and 13th holes and another was to follow at the 15th hole, to be four-under-par after just six holes.

She made light of the tough stretch of holes from the 16th to the 18th making comfortable pars at each of them to make the turn in 32.

The unassuming Dane was quickly at six-under-par after birdies on the second and third, before her only mistake of the round came at the par-5 fifth hole, where she made a disappointing bogey six. She bounced back with a birdie at the seventh before closing with two pars for a six-under 66.

"For my first round of 2016 I am really happy to shoot a 66. I played really solid today, got off to a good start and just hit a bad tee shot on the fifth hole which was my 14th hole and was lucky to only drop one shot to be honest," she said after round.

"I was not happy with the way my 2015 season ended, as I struggled with my swing a little bit, but have worked really hard in my off season and it felt really solid today. Playing in the morning without any wind was really nice. The wind can really affect the scores a lot on this course and I am sure it will be windy this afternoon and we will have it tomorrow."

Broch Larsen will take a one shot lead into tomorrow’s second round over the talented young French rookie Justine Dreher, who was impressive in her professional debut last week at the Oates Victorian Open finishing in fifth place. Just a further shot back is French star Gwladys Nocera, herself a former winner of this championship here at Clearwater in 2012 and Scotland's Pamela Pretswell, who both shot four-under-par rounds of 68.

World number one and overwhelming tournament favourite Lydia Ko was the first to admit that she hadn’t brought her 'A' game with her to Clearwater today, but such is the quality of the 18-year-old she was able to grind it out and shoot another sub 70 round at a course where she had a course record 61 last year. She birdied her final hole of the day to shoot a three-under-par 69, the same score shot by her compatriot Cathryn Bristow.