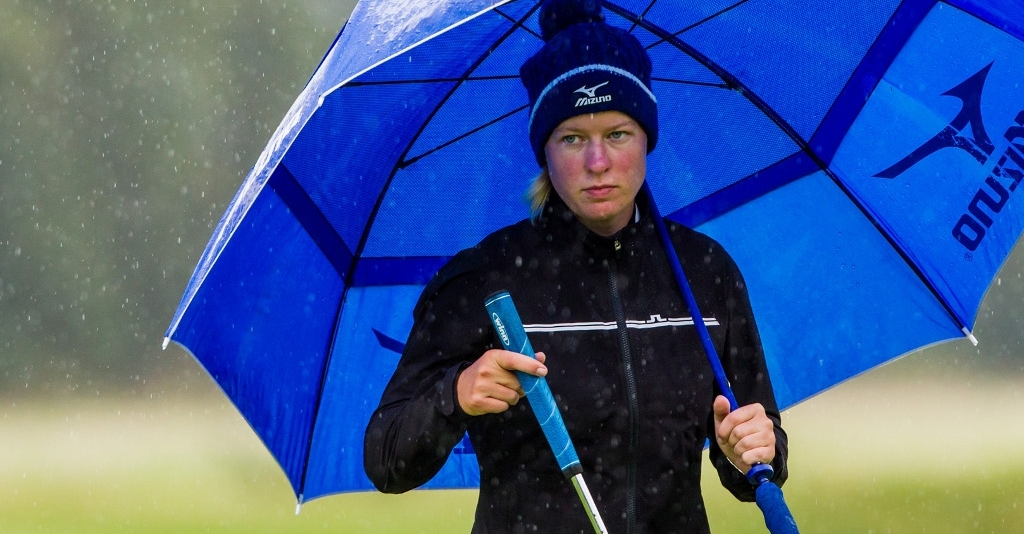 Denmark’s Nicole Broch Larsen shot a solid third round of five-under-par 68 to go four strokes clear heading into the final round of the Helsingborg Open in Sweden.

Playing in heavy rain, the 27-year-old from Hillerod fired four birdies, an eagle and a bogey on the closing hole at Vasatorps Golf Club.

The only player in the tournament to have shot three rounds in the 60s, she is now at 14 under par and four ahead of South African Ashleigh Simon. Denmark’s Malene Jorgensen lies in third two shots further back, with England’s Felicity Johnson in fourth, but Broch Larsen is the woman to beat as she chases her first Ladies European Tour victory.

“I played very well today and make few mistakes and when I did I fought back,” said Broch Larsen, who won twice on the Ladies European Tour Access Series in 2013 prior to her rookie year on the LET in 2014.

The highlight of her round came on the par-5 16th, where she hit driver, 3-wood to three metres from the flag and made the putt for eagle. Her only dropped shot was on the par-4 18th when she found the right greenside bunker with her approach shot and failed to save par.

“Today I could putt on three of the par fives so it was nice to hit it long and reach the par fives.  It’s really nice that I kept it going and I’m in the lead so tomorrow is going to be exciting. I don’t know what I have to shoot but I’ll make a number and go for it,” Broch Larsen added.

Simon, who had fired an eight under 65 on Friday, followed up with a two under 71 containing three birdies and a bogey, also on the 18th.

The two-time Ladies European Tour winner said: “I hit it good today and didn’t hole as many putts as yesterday but that’s kind of what happens when you have nine birdies in a round. I’m still happy with the way I played. I didn’t hit it too good the last three holes but I’m only four behind and Nicole played great so it was good to feed off each other.

“We don’t know what the weather’s going to do tomorrow. Nicole’s had three really good rounds and she’s playing really consistent so I’m going to need a good low one to try and beat her.”

Broch Larsen, who narrowly missed out on winning the Tipsport Golf Masters in the Czech Republic three weeks ago now has a second chance to join the LET winner’s circle and book her place in next week’s Evian Championship in France, which is the final Major of the year.