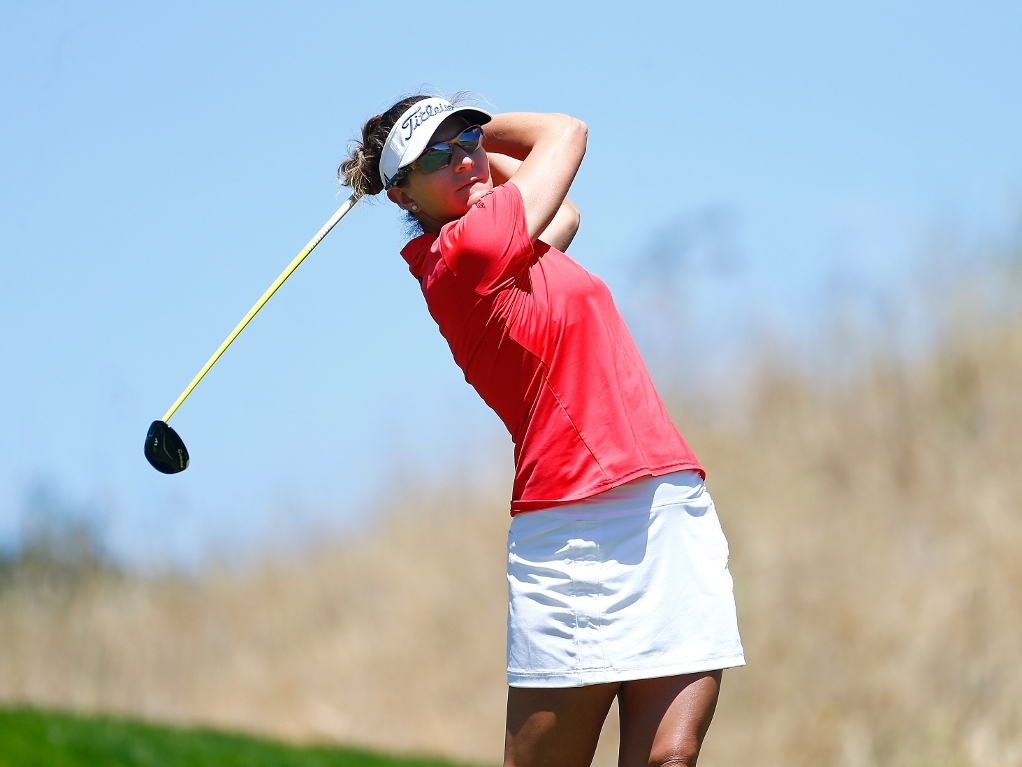 The pair could not be separated after 72 holes, with a score of six under for the tournament enough for a spot in the play-off.

The players headed to the first play-off hole at the 16th where they both registered pars. Lang proceeded to make par at the second play-off hole at the 17th, and Nordqvist too appeared to have made par, but she was later hit with a two-stroke penalty after a FOX Sports cameraman told the United States Golf Association (USGA) that Nordqvist’s club had touched the sand when she was getting ready to play her approach shot from the left-side fairway bunker.

Under Rule 13-4 in the Rules of Golf, a golfer will be given a two-stroke penalty if they ground their club in a hazard.

Neither player knew of the penalty when they headed to the tee for the third play-off hole at the par-five 18th, with Nordqvist only learning her fate after she had already played her third shot. Lang had the advantage of knowing she held a two-shot lead before playing her third shot .

Lang notched up a third consecutive par while Nordqvist could only manage a bogey, leaving the American to secure her second LPGA Tour title and her first piece of major silverware.

Lang and Nordqvist were tied on six-under at the end of the final round after carding a one-under-par 71 and five-under-par 67 respectively.

Lang began the day by taking the turn in level par following two birdies and bogeys, and then proceeded to turn her fortunes around on the back nine by making birdies at the 13th and 16th. However, she then faltered with a bogey at the 17th, but it was still enough to make a play-off.

Nordqvist, who began the day six strokes back, was in superb form on Sunday as she started her round with a pair of birdies on the front nine. She continued to excel on the back nine as she made a birdie at the 12th before making a crucial eagle at the par-five 15th. The Swede followed it up with three pars, which put her into the play-off.

World number one Lydia Ko, who held a one-shot lead heading into the final round, was unable to go the distance as a disappointing three-over-par 75 saw her finish in a tie for third on four-under with Amy Yang, Eun-Hee Ji and Sung Hyun Park.